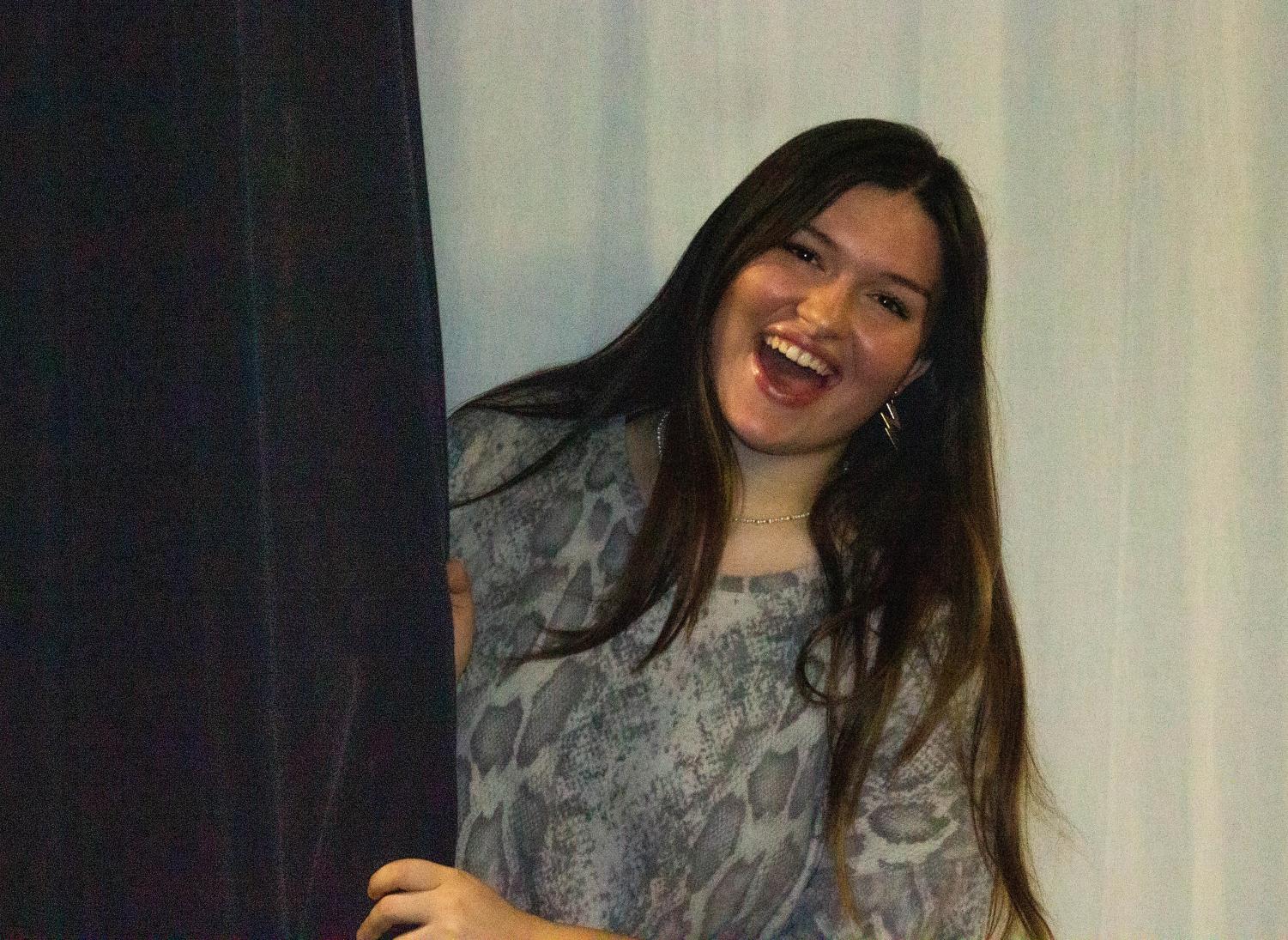 Sara Pratt is excited for her first lip sync debut.

New to the stage

I have always had an interest in the arts. Growing up, I remember going to the theatre and being captivated by the way actors and actresses could embody a character and express themselves.

In the back of my mind, it was something I wanted to try out. While making my schedule after moving to Wichita Falls, I needed to take another endorsement and my counselor mentioned theatre. I immediately wanted to take the class.

At this point in my life, I was also playing basketball, so I did not have much time to participate in theatre outside of school, practice and games. However, I was invested in the class and loved all of the acting activities we were assigned.

This year, my parents gave me the OK to drop basketball and pursue other things. Originally, I was not going to take Theatre 3, but the teacher Tabitha Cahanin asked me to be in the productions. This inspired me to use my newfound free time to venture into the theatre world. Lip sync was the first on my list.

The day of auditions came sooner than I expected; this was my first time auditioning for anything theatre-related at Rider. Anxiety rushed through my body as I looked around at all of the unique students who knew exactly what they were doing.

In the midst of the nerves, I also felt a rush of excitement because of the creativity that flowed through the environment. After auditions, I played the waiting game even though I was guaranteed to be in at least one song.

There was complete chaos, everyone was excited to finally start rehearsals and find out what their roles were. I was cast in three songs: “I Will Survive” by Diana Ross, “Just a Friend” by Biz Markie and “Angel Eyes” by ABBA.

Initially, I thought I would only be cast in one show, considering how bad my improvisation skills were in the auditions, but I was filled with happiness and excitement after hearing the great news.

Rehearsals started the following week. At first I dreaded them, because I was used to going home in the afternoons, but I was able to meet new people I would never have the chance to meet otherwise. Although I was not cast in any lead roles, it was fun being backstage and witnessing a song come to life through the story lines the directors came up with.

Although I probably am not supposed to have favorites, I loved learning the dance to “I will Survive.” It pushed me to step outside of my comfort zone and truly give my all to embody the mood of the song and scene the director wanted to set.

There were challenges I had to overcome. In “Angel Eyes,” I was told I had to act flirty. This is not a natural characteristic I have or even portray, so it was interesting to step into that emotion.

However, while it is still not as great as I want it to be, the whole point of lip sync is to have fun and express your creativity. I have learned to embrace the awkwardness with open arms.

Waking up at 9 a.m. on a Saturday is not ideal for me, but it was mandatory for rehearsal. I was not excited in the slightest until I saw a table filled with tons of sweet breakfast foods such as donuts, danishes and pop tarts. This was not the normal rehearsal. It was a run through of all of the songs that were in the production.

It was so fun watching songs be portrayed in different ways than you initially think they would be. I was relieved when I found out that I would not have to do any quick changes.

As the rehearsals become longer and we step into our costumes, the performance dates are only a few days away. Although the nerves have not started to haunt me yet, I know that they will come soon.

However, I have realized that lip sync is not about only putting on a good show; it’s about having fun and growing friendships while doing something you love.

I encourage anyone who is even thinking about auditioning next year, even the non-theatre kids. It strengthens your social skills and breaks down the shell you may build around yourself. I even find myself being more expressive outside of the classroom and rehearsals.