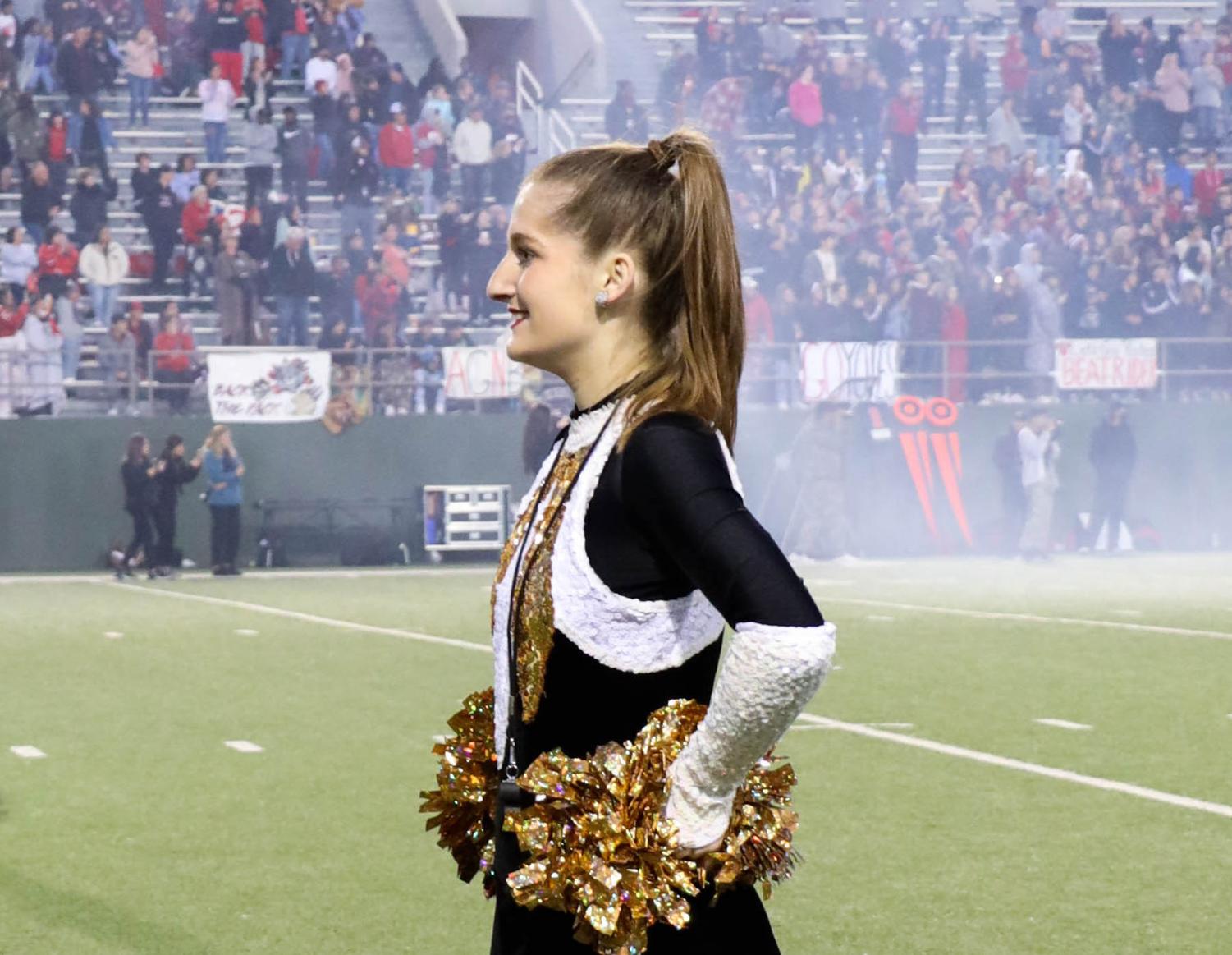 Delaney Hale and the Raiderettes were one of several organizations who excelled in competitions this year. (Brenna McLoughlin)

Delaney Hale and the Raiderettes were one of several organizations who excelled in competitions this year.

Every year, school seems to be more and more extraneous than the last. Though it may be debatable, this year has felt more eventful than ever before. As a newsroom staff, we came up with and ranked the 10 most influential affairs of this school year.

What was expected to be a $6 million deficit for WFISD recently became $9 million after an independent consultant further examined the situation.

Though there are many contributing factors toward this debt, a major one is the approximate 800-student decrease throughout the district in the last two years. With a number that large, it is almost impossible to avoid staffing cuts.

At each secondary campus besides Kirby, one faculty member from each department had their contract not renewed for the upcoming year. However, some cuts were avoided due to retiring teachers. This will undoubtedly cause challenges next year, resulting in already overflowing classrooms to become even more occupied. Many departments have also been cut in the district.

Another district-wide change that will affect Rider High School is the leadership change at the top of the district.

Last month, the school board voted 7-0 to approve

the resignation of superintendent Michael Kuhrt. The decision was concluded after a three-hour, closed-door session, along with the appointment of Debbie Dippery as the acting superintendent. Kuhrt has been the district’s superintendent since May 2015.

Though it happened very early on in the school year, it’s difficult to forget the multiple bomb threats recieved in August. On the second day of school at 1:45 p.m., Rider and four other secondary WFISD schools received a bomb threat. The unexpected Friday evacuation and accompanying fear was quickly replaced with another obstacle as students suffered in the Texas heat. First responders were required to aid many students and staff who were severely affected.

The threats were far from over, however, when a second bomb threat was called to Rider the following school day. Luckly, protocol adjustments had been made, including evacuation zones at Jefferson Elementary, Our Redeemer Lutheran Church, the batting cages and weight room.

A few big shocks occurred throughout the spring across campus when multiple head coaches resigned. Volleyball coach Alisha Humpert was the first to leave, ending her 10-year tenure in January to work for Healing Hands.

Both basketball coaches also stepped down after their 2021-22 seasons ended. Cliff McGuire, who had been at Rider since 2013-14, is getting out of education. Shortly after that, Kendall Webb resigned as the girls basketball coach after five seasons. Abby Bates, who like Humpert was a Rider alum, is getting out of coaching, ending her four-year tenure as the team’s softball head coach.

After an overwhelming year of COVID, this year was presented as a return to normalcy. The largest difference in policy was the lift of the mask requirement. WFISD no longer required masks, though it was suggested by many to remain masked unless you were vaccinated. Many can recall the strangeness and a little bit of scariness as the majority of the packed halls of RHS were unmasked students.

Online learning was also revoked after a year. The lack of an online option meant more crowded halls and classrooms. It also resulted in students completely missing learning opportunities if they did test positive for COVID and had to quarantine.

Though Rider athletics had an exceptional season this year (see page 12), we need not overlook the accomplishments of the other organizations. The Pride of the Raiders band got all ones and advanced to area once again. Freshman violinist Jun Park was the first Raider in almost three decades to receive all-state recognition in orchestra, while three of the four choir groups earned perfect sweepstakes. The academic team finished the UIL strong with junior Maverick McKown winning state chemistry and physics titles and the science team placing third overall. Our own Meghan Helton also advanced to state in headline writing.

Much of the student body were thrilled at the return of pep rallies. It brought back a sense of Raider Pride and unity to the school. We got to see the cheerleaders’ nerve-wracking stunts, the Raiderettes’ impressive dance moves and hear many of Coach Bindel’s inspiring speeches to amp up the crowd.

More specifically, it was exciting to participate in the Happening this year. Its absence was greatly felt and missed last year, and its return was an exciting thrill. Nothing swells with Raider Pride greater than sitting in the gym, under nothing but candlelight to hear some amazing speeches and the ACAP choir singing the alma mater in preparation to beat the Coyotes!

As the school year approached, WFISD announced the names of its new high schools, Memorial and Legacy. After many rounds of suggestions and voting, the mascot choices and school colors were made in March. Memorial will be Mavericks with the colors of navy and red, while Legacy will be Leopards with the colors of royal blue and navy. These names will become very familiar once the new schools are built and occupied.

To any student in a WFISD classroom, the substitute shortage has been very evident. Lots of older substitutes have stopped their duties due to COVID. Most days, substitutes will cover multiple classrooms in a day, and even regular staff may be asked to sit in on a classroom. While not a problem solely related to the school district, it’s almost to be expected now.

The state of the school’s maintenance has taken a noticeable decline in the past year. Bathroom stalls are constantly flooded with what one can only hope is toilet water, trash is being neglected in classrooms, places like the fieldhouse and auditorium are never cleaned.

Having heat also became a problem when units had mechanical issues. The school brought in portable heaters to keep a bearable temperature during the miserable cold of winter.

While these problems aren’t the fault of anyone on campus, it has made for a frustrating learning environment.