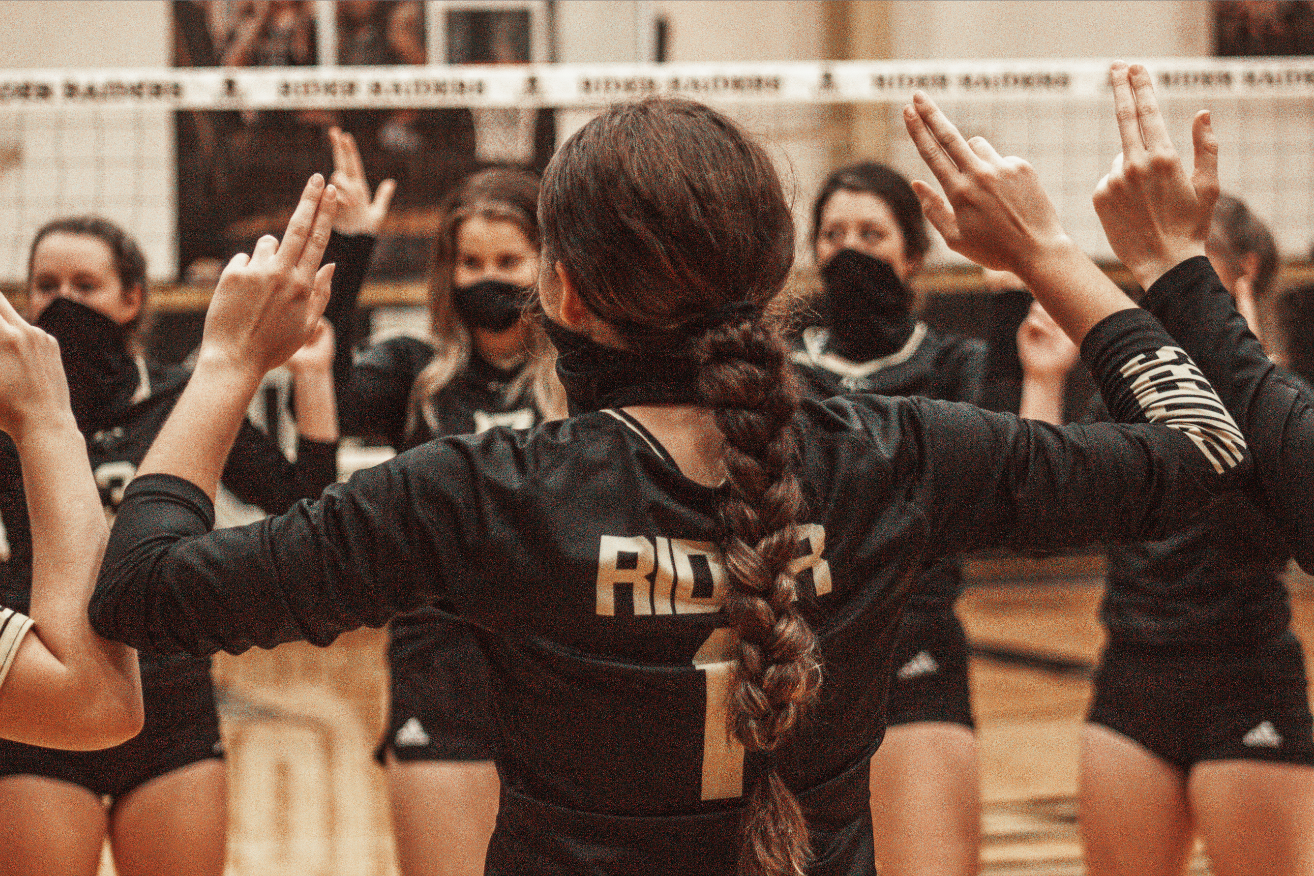 Cameron Chamberlain and other Lady Raiders are excited about the year’s volleyball season. (Rene Banda/Rider Media)

Cameron Chamberlain and other Lady Raiders are excited about the year’s volleyball season.

After starting off two weeks ago with a huge win against defending state champion Decatur, the Lady Raiders volleyball team is ready for an exciting year. The Rider Chronicle interviewed coach Alysha Humpert about this year’s season’s expectations, varsity teammates new and old, and the opponents they will have a close eye on.

Q: Who are the key returning players?

A: We have nine seniors so we have a lot of people returning and a lot of role positions. We have Maegan Lacy, who is returning, who has been a four-year starter for us, she’s been on varsity since her freshman year. And then we have Cameron Chamberlain, Addy Self, Sadie Portmann who have all participated in varsity since their sophomore year. So we have a lot of people that have been a part of the varsity program for three to four years. And then we have my other seniors who have been on varsity for two years now, so they’re all old, they’re veterans.

Q: With so many returning players, are expectations any higher or different than previous seasons?

A: I would say our expectations, like we were telling the girls, that each season is a one-year shelf life. So you can’t live in the past. Your expectations as a whole are the same, but your standards kind of change from year to year because you add different people to the mix. We have a lot of returners but we also have some new faces that are adding some good components to that. So, we kind of just change it from year to year. So I would say they aren’t any different or higher, it’s just kind of adjusted to the girls that we have at the time.

Q: Who are some new key additions to the team?

A: We have Caraline Conville, Lauren Vance Ramirez, and Grayson Yowell that are brand new to varsity. But we have Jenna Redding and Kendall Toliver who are playing a more active role on the floor. Last year they were super consistent at practice and they would show up at game time last year at certain games and would play a big role. This year their role has significantly increased defensively. Jenna and Kendall have done a really good job keeping our serve receive consistent.

Q: What are the teams that may prove to be a challenge to play?

A: Our preseason is pretty difficult. We’re playing some tough teams, we played Byron Nelson on Tuesday, they’re 6A, and they’re pretty solid. And then our district we’re going to have to really watch out for Granbury and Aledo, they’re always really tough competitors.

Q: What are some of the differences between last season and this season with the new COVID guidelines?

A: I would say the differences are, I’m going to focus more on the positive, I like not switching sides in volleyball, like that was a positive out of COVID. I like being able to warm up on my side by myself, not sharing the net with the other team. And then, I mean COVID is still here so we’re being aware of things, but it’s just a little more at ease and you get more team bonding opportunities that I really like. We kind of didn’t get to do last season, so that was kind of sad.