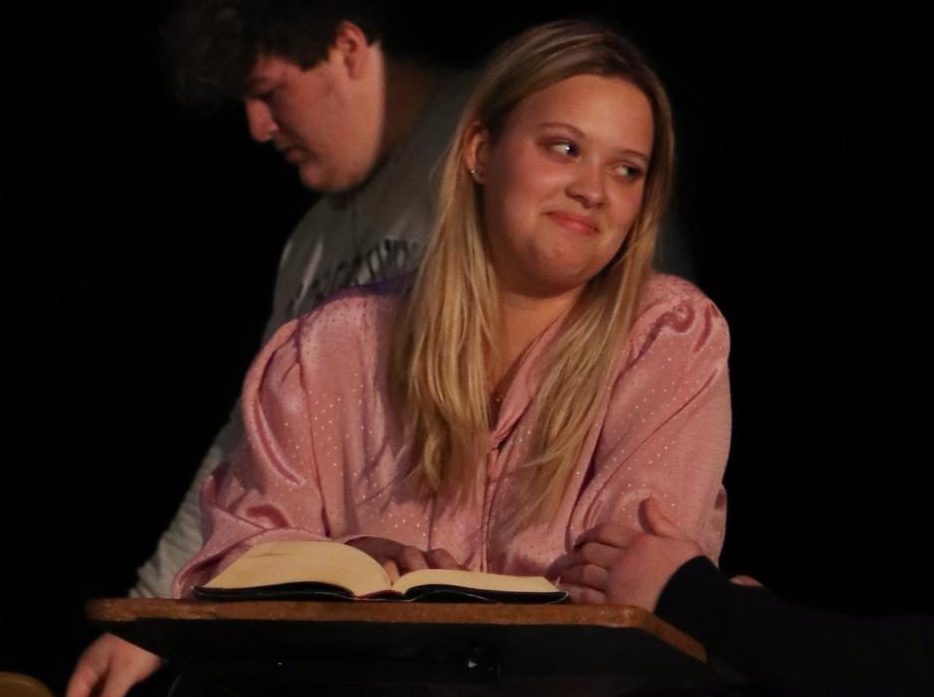 Along with newspaper, Davenport was also involved with the Rider Theatre Department. (Rene Banda)

Along with newspaper, Davenport was also involved with the Rider Theatre Department.

If you told freshman year Olivia she would be editor-in-chief of the school newspaper, she would’ve said “Wait, we have a newspaper?”

I played volleyball my freshman and sophomore year, but felt like I needed a change, so I quit right before summer going into my junior year. Without volleyball, I needed a new home at the school. I emailed coach Duncan over the summer asking if I could join the staff, and by the start of the new year, I was officially a staff writer for the Rider Chronicle.

I was ecstatic to join the staff. I have always loved to write and was thrilled to publish something for the public eye. I wrote and published my first story, a Q/A with Mrs. Wood, and had such an adrenaline rush, crazy as it sounds. The newspaper was the first place in a long time I truly loved where I was and felt like I belonged fully. I continued to write, and editorials became an obvious favorite, if you look back at the numerous ones I wrote last year.

I learned the ins and outs of the paper, not just from a writing aspect, but from interviewing and designing pages. As second semester was here, I began spending lots of extra time in the newsroom, writing stories and designing spreads, and I truly was enjoying the work I was doing.

Being named editor-in-chief for my senior year was honestly the greatest surprise and honor of my high school career. It has meant so much to hold this position that I worked very hard toward.

Here is the super fun section of thank yous. First to Sandra, who has been my second-in-command. I couldn’t have asked for anyone better for the job. Sandra has heard me go off on numerous tangents, my terrible handwriting and my constant yelling. I am so deeply thankful to the paper for giving me her. I love you Sandy.

To Meghan, who can seem pretty intimidating at first, but is super funny and an exceptionally skilled writer. To Gracie, who I’ve known my whole life and have been so thrilled to reconcile with this year. To Sidney, who I have yet to break out of her shell, but works hard, gets things done and is an asset to the Chronicle. To Sara, who I’ve had the pleasure of being around not only in the newspaper, but in theater as well. To Mason, our sole male writer who may seem like he hates us sometimes, but I have definitely caught him laughing at me on many occasions. To Kylie, my talented cousin whom I never knew could write, until Duncan showed me one of her journalism assignments last year.

Lastly to Duncan, for making a major impact on me these past two years. For making me write stories I didn’t want to write, pushing me to be a leader in the newsroom, listening to me rant about anything and everything and making me see the more rational side of things. I’m extremely thankful for you and the opportunity to be a part of this staff.

Though I am ready to move on with the next chapter of my life, I will truly miss you all. Better find a person with exceptional music taste to replace me as the newsroom DJ.