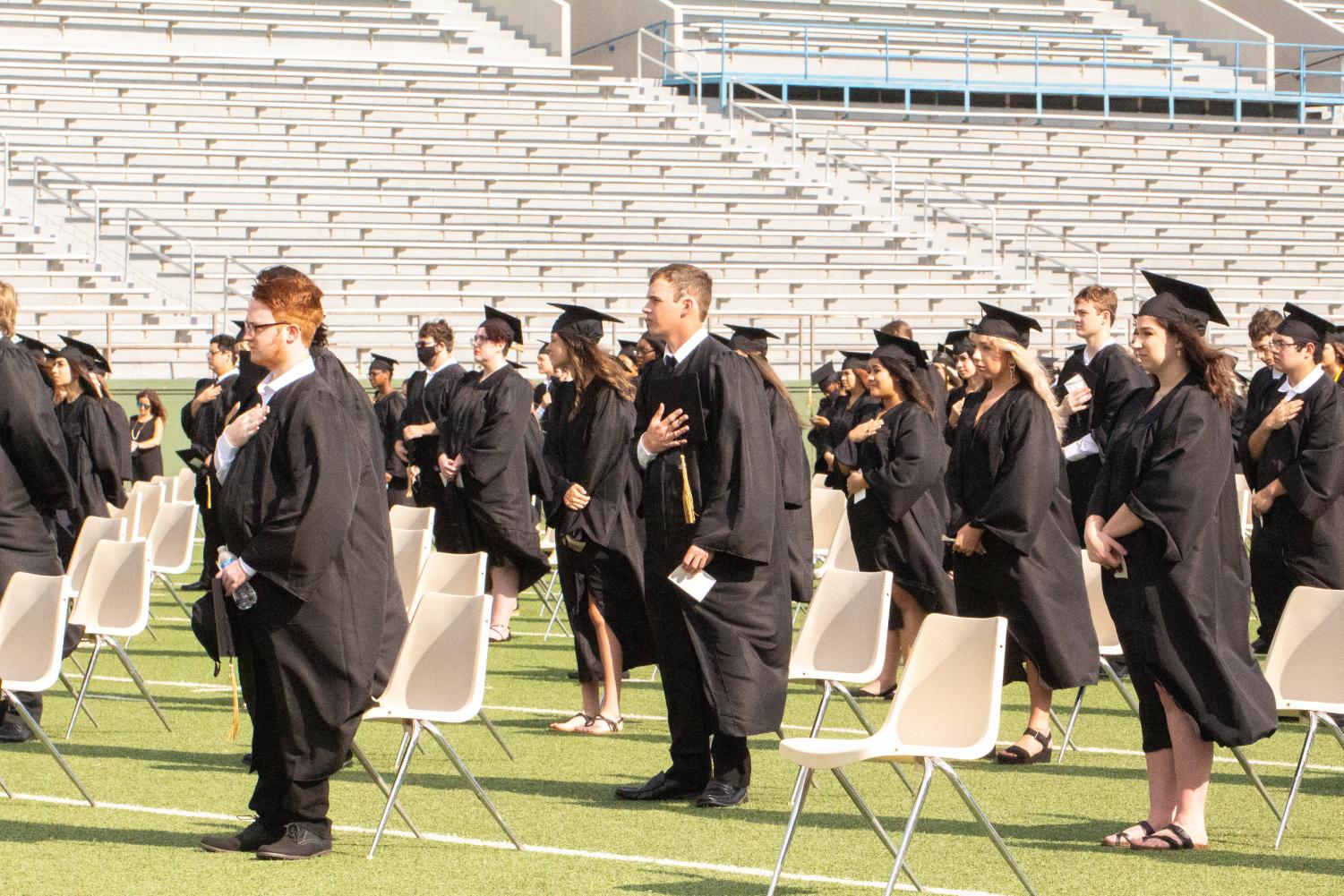 Rider seniors will be graduationg outside at Memorial again in 2021. (Gabby Page/Rider Media )

Rider seniors will be graduationg outside at Memorial again in 2021.

Back to Memorial with masks optional

As the final weeks of the year approach, preparations for summer and graduation are well underway. Considering last year’s ceremony occurred during a pandemic and without any practice, Rider’s 2020 graduation at Memorial Stadium was viewed as a success.

That’s why associate principal TiAda Radtke anticipates this year’s event will go without any hiccups. Rider’s class of 2021 will formally graduate at Memorial Stadium on the evening of Saturday, May 29.

“Since we’ve done it once there and we’ve already done it without a practice, we feel like it should be fine and go smooth,” Radtke said. “I think it went really well last year. It was the first year we had done one without a practice, so that was really the most nerve-wracking part of that, making sure everybody knew where to go, especially with students coming in and we were doing it at a new venue.”

As Texas lifts its COVID-19 restrictions and the state continues to open up, the district announced last week that mask wearing will be optional. Seniors are also guaranteed up to 15 guest tickets, compared to last year’s limit of six. With the summer heat coming into play, this year’s graduation will take place at 8 p.m instead of 9 a.m. like it did on June 4.

“You know, late May and early June starts warming up, so we thought it might be easier to do it in the evening after the sun starts getting ready to go down,” Radtke said. “We’ll have more shade and hopefully it’ll be a little bit cooler because by the end of graduation last year it got pretty warm.”

During the 2020 graduation, Rider’s ceremony took place before Wichita Falls High School and Hirschi. This year, Rider’s class of 2021 will graduate after both schools.

Having graduation at Memorial Stadium long term could be an option going forward. Previously, WFISD’s graduations had been held at Kay Yeager Coliseum.

“Last year was the first time we each got our own day, and we did it outside at Memorial. We got a lot of good feedback from students and people in the community about having it there, and so we just thought, ‘Hey, if everybody likes it there, that’s an option,’” Radtke said. “We can control it a lot more since it’s owned by the school district. Sometimes we had to work around stuff at the MPEC, so it’d be a good thing to actually get it on our grounds and be able to do that.”

While graduation continues to barrel around the corner, seniors must adhere to the appropriate dress code set by the school board. These rules include, but are not limited to, having hair of natural color, appropriate dress shoes and no facial jewelry. Masks worn must be solid colors as well.

“They have to make sure that they’re within that dress code and make sure that if they have any questions they come ask us ahead of time or in the morning if they’re unsure of where they walk, just so they can get where they’re supposed to be without any issues,” Radtke said.

Superintendent Michael Kuhrt’s recent decision to make mask wearing at all graduation ceremonies optional for everyone caught Radtke by surprise.

“We’ve done masks all year, I really thought that we’d wear masks at graduation as well,” Radtke said. “Texas has lifted and opened up businesses 100 percent and so I guess we felt confident enough since that was happening, graduation could follow suit.” 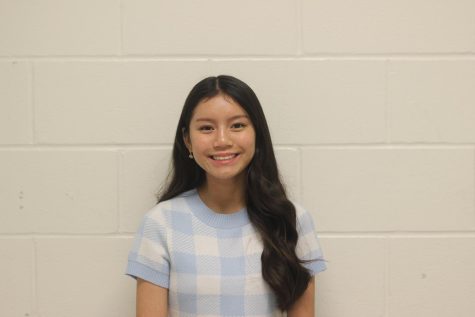