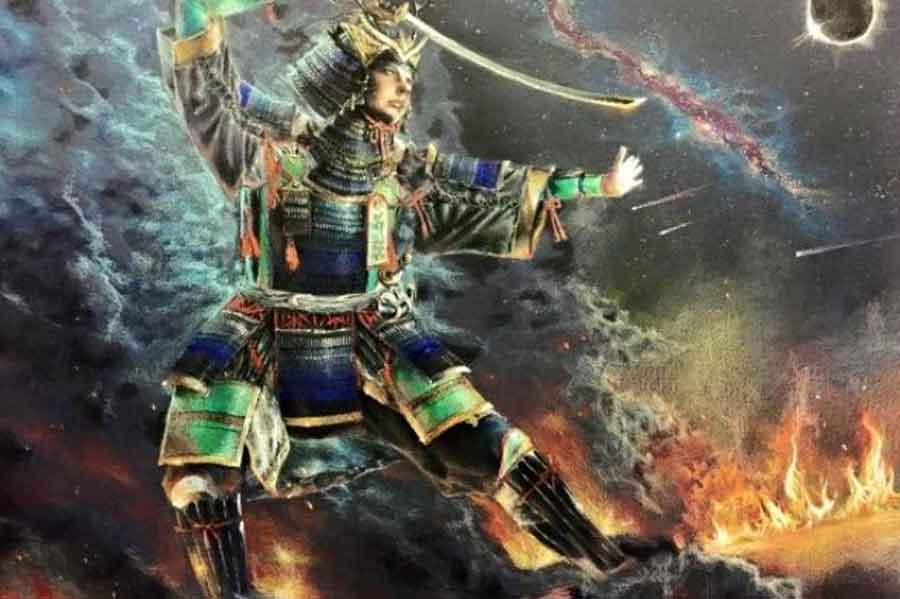 Her stomach was in knots and the loud chatter around only added to the tension she felt. She had breakfast that morning, a croissant with blackberry jam, and while it had tasted delicious, it had been a mistake.

She felt like she could be sick at any moment. The gallery doors were opened earlier than they were last year when she attended, and she began freaking out with worry.“What’s going on?” She thought. “Have they already judged the artwork? Isn’t it too early for that?”

Junior Jenna Ward’s hand was yanked by senior Georgia DuBose, tugged along to see her placement after the opening ceremony finally ended. They walked around the Gold Seal section of the displays, and through a gap between pieces hung on the wall, Georgia saw her friend’s art.

She has improved a lot technically, and her focus and imagination is incredibly extensive. That passion, drive, and commitment she possess will carry her far in life.”

Georgia’s squeal of excitement surprised Jenna. They rounded the display, Georgia jerked Jenna over and there it was.

Right on her art piece. The Gold Seal. The top state award for artworks chosen by the state jury panel adorned her painting. Only 177 received the Distinguished Status and she was awarded the Gold Seal out of 28,000 pieces initially submitted. The medal is awarded to the top 1% of artwork submitted. It is the highest honor a high school art student can receive and Jenna earned her spot amongst the best.

Alongside her Gold Seal piece titled “Honor”, Jenna also received the second highest rank of the competition, the Gold Medal, for her piece titled “Blue.”

Jenna was inspired to start drawing people because of TV shows like Dragon Ball Z and Avatar: the Last Airbender, and from then on she said she always wanted to draw people.

“[People] are the hardest for me to draw,” she said. “Hands are so hard to get right, but they are my favorite.”

“I can see constant growth and maturity from her,” Kizis said. “She has improved a lot technically, and her focus and imagination is incredibly extensive. That passion, drive, and commitment she possess will carry her far in life.”

Through her art, Jenna has received a prestigious scholarship. She received the first place prize for the Junior 2D SCAD Challenge which included a $1,200 scholarship to attend the Rising Star pre-college program in Savannah, Georgia this summer.