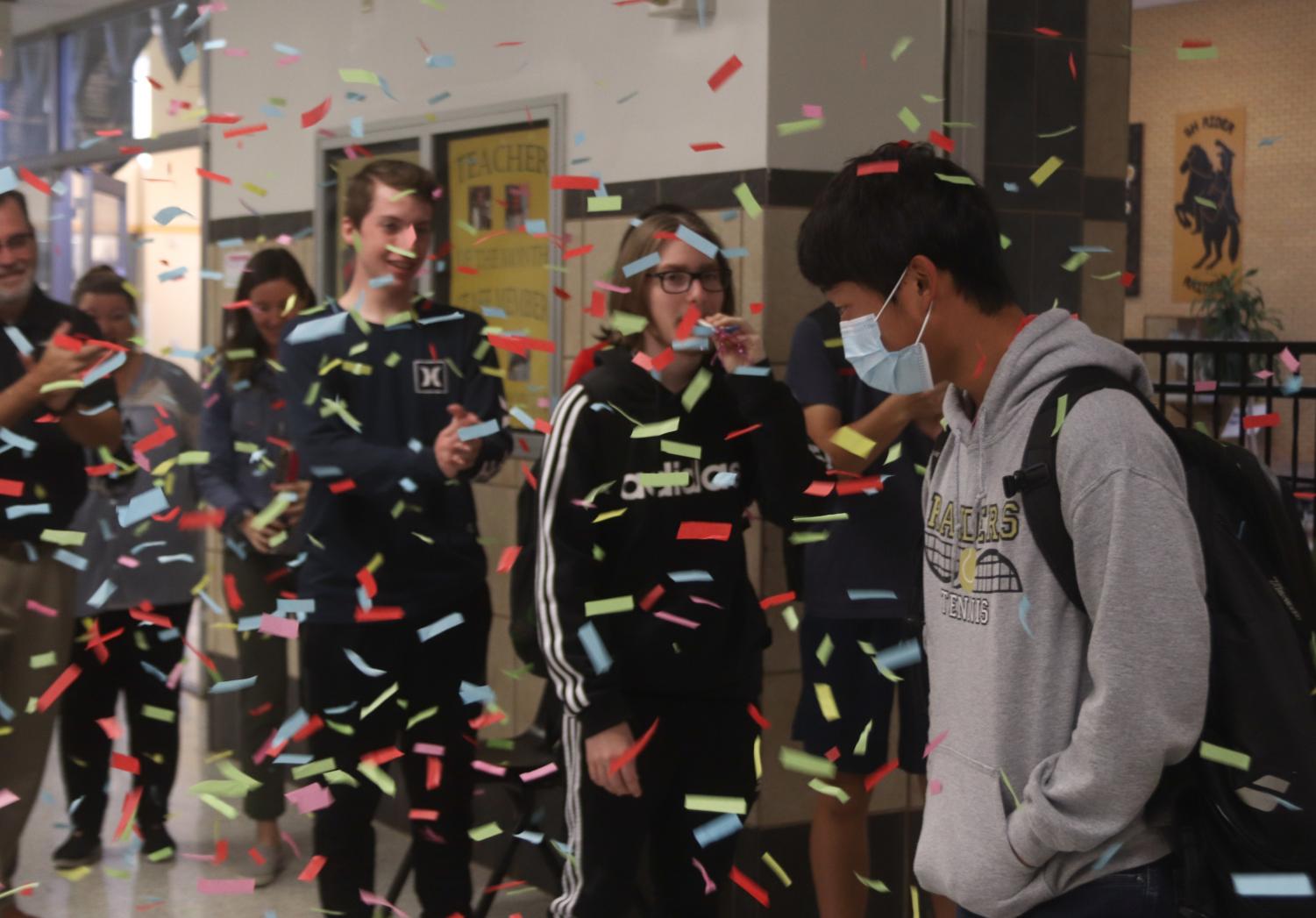 For the first time in 28 years, a member of Rider’s orchestra received all-state recognition. Freshman Jun Park will be going to San Antonio and playing with schools all across Texas in February.

Park has been playing the violin for 10 years and practices every day, including the weekends. Like any kid, Park would sit and watch television, until one day a violinist caught his eye.

“It looked like his bow was flying all over the place, and it just looked real. It was just really cool,” Park said.

A decade later, Park is still playing and practicing. Once he came to Rider, Park decided to join the school’s orchestra.

“I met a bunch of people that also had similar interests in violin and orchestra,” Park said. “And I thought it would be a good idea to all join the orchestra together; so that we could make some music and have some fun.”

Little did he know he would end up going to the state level where he’ll play with other students, most of which may be older, since Park is only a freshman.

When asked about how it feels to have earned the opportunity, Park said, “It’s a little surreal, it’s funny to think how it was something considered so difficult and impossible. But if you’ve put enough work and effort into it, you can do just about anything.”

Though a talent comes easily to some, there is always some difficulty. Park’s biggest challenge comes with comprehending the intricate parts of music.

“The easiest is to play the music, because anybody can just read notes and just play,” he said. “The more difficult thing is understanding how the music flows and moves. Everybody thinks it differently, but in the end, it’s what sounds better to you. It’s a little harder concept to understand, and I’m still working on that.”

“I think the real thing is focusing on what’s important and making sure your priorities are in check,” he said.

Tennis matches and the pressure and nervousness of winning a game is different from the nerves that come along with competing against all of Texas. Park said the experience was “probably one of the scariest things I’ve ever done in my life.”

When Park auditioned for all-state, he went into a recording studio-style room.Then he was given a thumbs up and began his excerpts.

“So, really they give you a couple seconds in between each piece for you to recoup, and prepare for the next piece,” Park said. “It’s a little nerve-racking.”

In the entire time he was in a recording studio in front of the judges, Park played total excerpts from composers such as an etude by Rode, an etude by Fiorillo and excerpts from Mahler, Enesco and Barber. The excerpts from Rode were split up between two different cuts.

Throughout the entire process, Park worked side-by-side with the band and orchestra director Loy Studer.

Studer first saw Park play the violin when he was 5 years old.

“I thought, wow that kid is good,” Studer said. “He’s going to go somewhere with that talent some day.”

Studer said in order to help prepare for the state competition, his job is to just make sure Park “has his head on straight.” He lets Park work and prepare on his own, and helps when he’s needed.

After starting to prepare early in the summer, before even knowing he was capable of going to state, Park is working as hard as he can to impress the audience during the TMEA Texas All-State Orchestra performance.