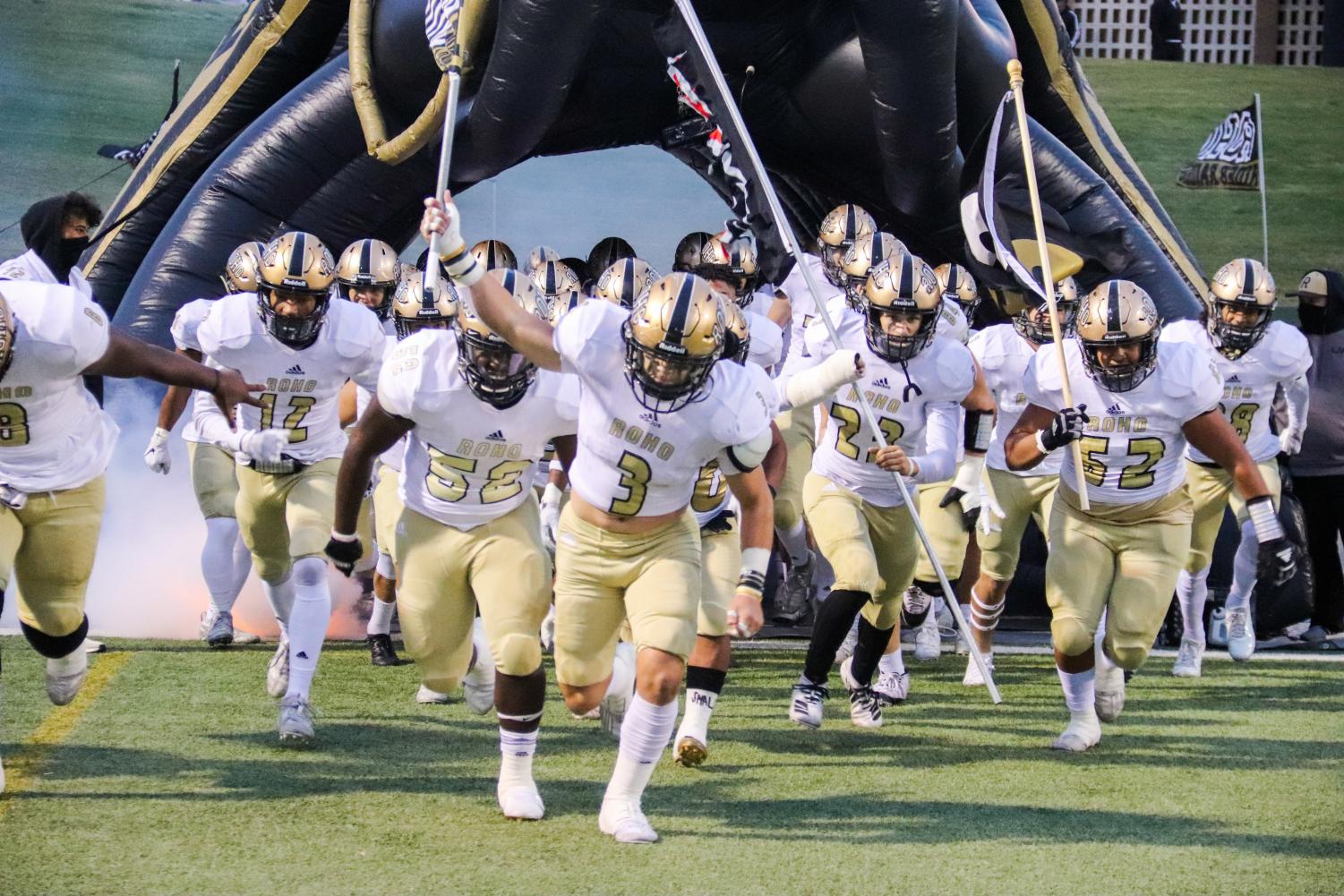 The Rider football team was one of many sports programs who had a successful 2020-21. (Ash Foster/Rider Media )

The Rider football team was one of many sports programs who had a successful 2020-21.

Looking back at successful sports season

When Rider campus coordinator and head football coach Marc Bindel looks back at 2020-21, he considers it to be one of the school’s better sports years.
The numbers back that up.
Football went to the semifinals for only the third time in school history.
The Lady Raiders basketball went 4 rounds deep and were ranked top 5 in the state for most of their season.
Both volleyball and girls soccer won their district titles and went onto play in the regional quarterfinals.
Only one team did not advance to the playoffs, and Rider has two individuals who qualified for state. Junior Kendrick Marks is going to state for his long jump in track, along with junior Axelle Jacquemin qualifying for girls singles in tennis.
“I think just across the board we had a lot of success,” Bindel said. “We had a lot of success sports wise, and it has kind of continued excellence at what we’ve been doing.”
After COVID kept spring sports from finishing up last year, Bindel feels that it’s important that everyone was able to pursue their sports to the finish line.
“Just the fact that everybody was committed to getting a season in and was awesome is important,” Bindel said. “I think a second straight year without those sports would have been really, really bad.”
Rider has 13 students advancing to the next level. Those who signed to play their sport in college include Jacob Rodriguez going to Virginia and EMaurion Banks going to Texas Tech to play football. Additionally, Jackson Redding and Nick Darcus decided to stay close to home and go to Midwestern State.
“The coaches and their parents helped them obviously. No one does it on their own,” Bindel said. “It’s really a credit to the individual’s talent, their hard work and a drive to succeed. Not only all those things, but they were also really good teammates.”
Despite obstacles that occurred because of the pandemic, Rider had a strong 2020-21 and the school’s coaches have already started working and planning on next year.
“It was a great year, a lot of fun. Let’s do it again next year,” Bindel said.