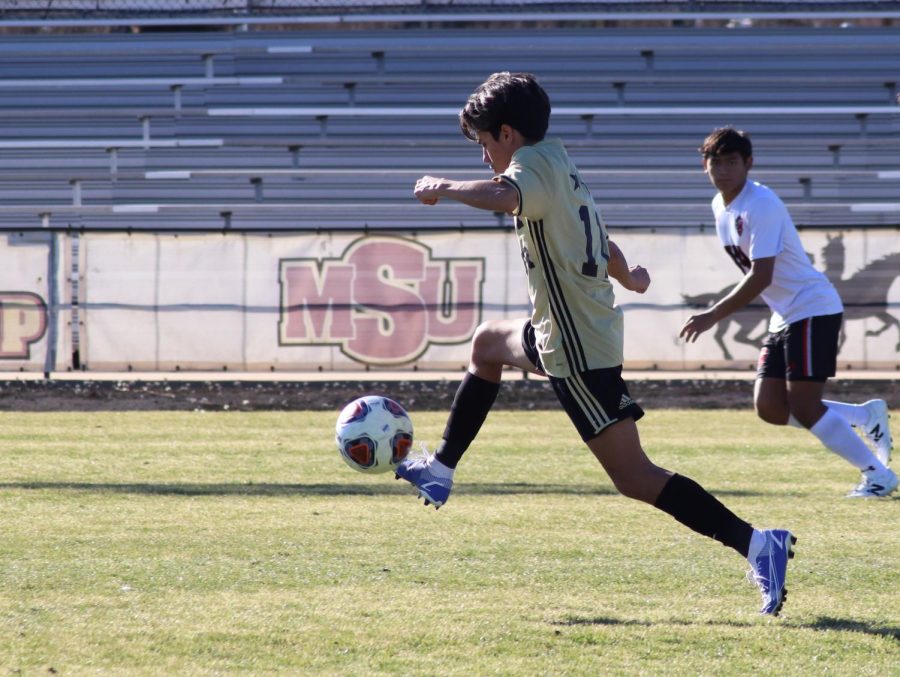 Rafa Ortiz is one of several key players to watch for the boys soccer team this season.

The Rider boy’s soccer team is younger overall than they were last year. However, coach Dustin Holly still has high expectations for them.

The team is 2-1-3 entering this weekend’s MSU Soccer Showcase. They will play Wichita Falls High School on Friday at 7 p.m. at Mustang Park.

The Rider Chronicle sat down with Holly to discuss his team for this season.

Q: What are your goals and expectations for this season?

A: Our goals this year for this crew is always a district championship and then make a run in the playoffs. This year’s group is young, but we have a lot of talent and we can meet a lot of our goals.

Q: Who are some of your key returning players this year?

A: Rafa Ortiz returns to play up top this year with Hayden Wherry. Landon Waggoner has been a player for us for three years going into his junior year. Henry Pinson is back helping with our back line, and Gage Talley is one of our long time starters and has done very well for us in a senior role. Dylan Munguia is also taking on a bigger role.

A: Oscar Rueda and Taylor Hopson were transfers in before this new season started. Carter Petersen is playing well.

Q: What is it like coaching a team that is overall younger than last year?

A: It’s different. We had a bunch of seniors leave, so it’s fun seeing some new personalities, new leaders out of this team. It is up and down with days trying to help them learn that we will go through some struggles. It’s not going to always be success all the time. It’s just guiding them through that, and enjoying watching them play and grow.

Q: What is the biggest game this year?

A: The biggest game will be Aledo. They are kind of how we are this year. They were young the past two years and now they have a big senior group who have high expectations. So they are picked to win district, but I think our group will challenge for it and at the end of the day we might be district champs.

Q: What have you learned about your team through these first couple of games?

A: That we’re going to battle. We picked up some injuries early on like every team playing tournaments, but every guy that gets on the field is going to battle and go at it. And I’m happy because you can’t teach stuff like that, but these guys are excited and ready to play every game and we’ll see some good stuff out of that. 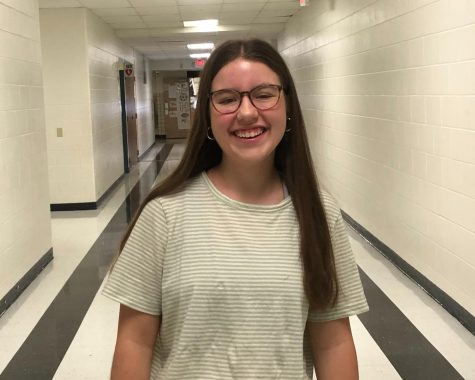 Allie Calvert is a sophomore at Rider High School. This year is her first year on The Rider Chronicle staff. She is involved in choir and theatre at Rider....