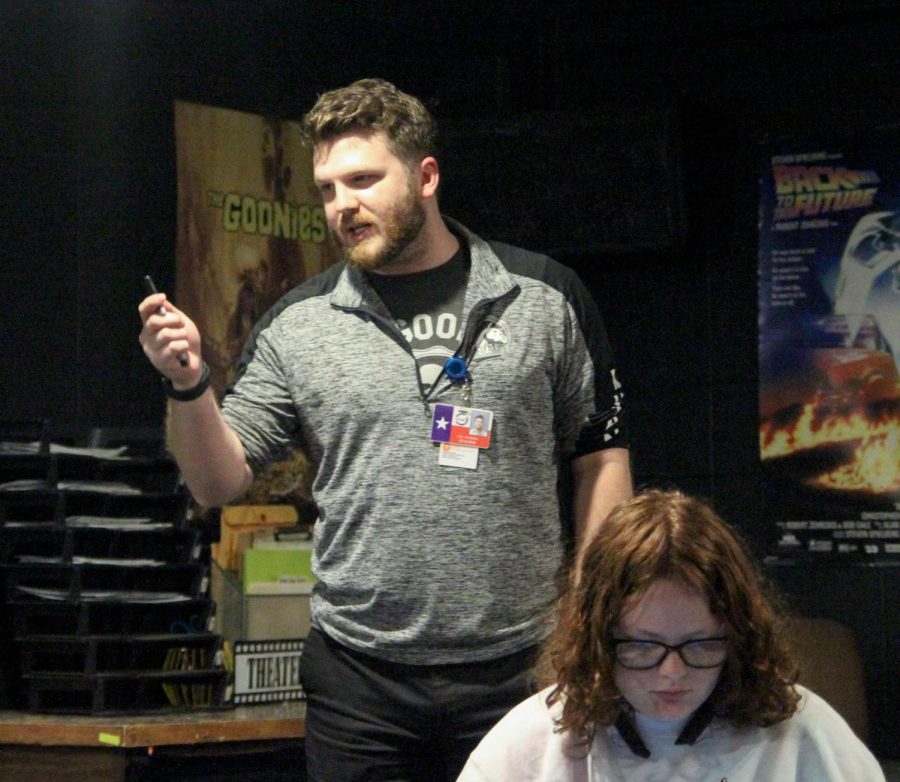 Rider’s new head theatre teacher Zachary Jackson is entering his eighth year of teaching and is very excited for this school year. After teaching at McNiel the past few years, Jackson worked with Tabitha Cahanin last year at Rider as the assistant theatre teacher.

The Rider Chronicle sat down with Jackson to discuss his feelings and plans for this school year.

Q: How did you get started doing theatre?

A: I started doing theatre back at my church growing up. And then at my old high school and middle school they didn’t have a theatre class, so my choir teacher in high school did musicals with the choir program, which is how I got into musicals. She did the one-act play for our high school and that really sealed the deal for me to like acting.

Q: I know you were at McNiel before you came here. What was the most challenging part of making the transition from teaching middle to teaching high school?

A: There’s a couple things. One of them is just the work and hours that get put in at the high school level compared to the middle school level. You can’t do a lot of stuff after school with middle schoolers because they can’t drive themselves and you’re dependent on parents to come pick them up. Another thing is learning to let go of wanting to do things for the kids, because in high school they’re more mature. They’re pretty responsible with doing their own stuff. It’s less micromanaging with high schoolers than it was with middle schoolers. In some ways it’s less work and in more ways, it is more work.

Q: What was it like last year working with Cahanin and how have you been feeling having such big shoes to fill?

A: Last year working with Cahanin was my most favorite thing in the entire world. Last year was my favorite year of teaching. Absolutely. It was fun, I learned a lot from her and I enjoyed getting to learn all the stuff we do at Rider and all the high school expectations. It was really sad (last) Wednesday being up here by myself without her. It was a lot. I’m having to learn how to do on my own without her. And yes, they are very big shoes to fill. And of course, I’m nervous and scared of that because I’m not Cahanin. I’m a different person.

Q: What is your favorite part of teaching theatre?

Q: What is the theme for lip sync this year? How and why was it chosen?

A: The theme for lip sync is “camera roll.” I gave the directors free range to come up with their own ideas for a theme. We brainstormed, we put some of their themes together to vote on and narrow it down to just one. “Camera roll” is songs that either remind them of moments in time they would to take a picture of or freeze, or they could find a picture from their past in their own camera roll and find a song that can relate to it. So, you can do a lot with the theme and some of them are doing different things to tie into the theme, but that’s kind of where we were going with it.

Q: Other than lip sync, what performances can we look forward to from the theatre department this year.

A: We are planning on doing a musical. I don’t know when the last time that Rider did a musical was. I’m excited about that. We are collaborating with the choir to be able to get a musical put on this year, which will be in December. Then we have our one-act play in the spring. Which is is our competition play. I’m excited to be able to show Rider’s talent to other schools.

Allie Calvert is a sophomore at Rider High School. This year is her first year on The Rider Chronicle staff. She is involved in choir and theatre at Rider....