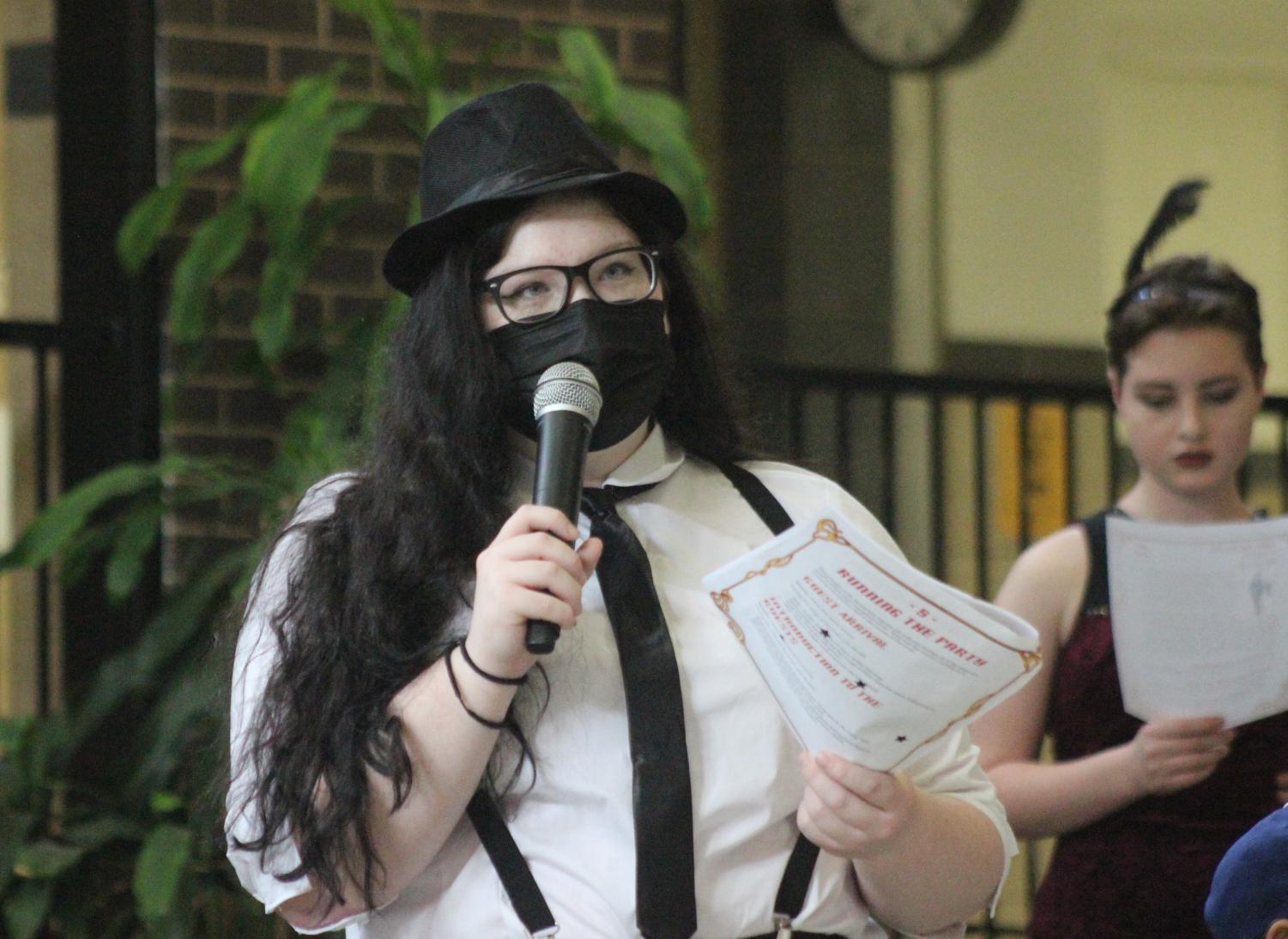 The Rider Chronicle presents a monthly Q/A with the advisors of several different clubs on campus this year. This month’s feature is about Nerd Club, which meets every Wednesday after school.

Q: What does Nerd Club do?

Q: How many students participate in Nerd Club?

A: I would say we typically have 20-40 students on a weekly basis that come to Nerd Club. Within those 20-40 we have a core officer team of about 5-10 that plan and work on implementing all the things we do.

Q: Does Nerd Club have any events throughout the school year?

A: We have several events throughout the year. We do kind of monthly themes as I mentioned, but we try to have a couple of major events. For example, in October we always do a big murder mysterior event, which you might have heard about. We do video games tournaments, we’ve also done sports tournaments like quidditch. We are trying to do one more big event like an end-of-the-year party. So I would say we have about four or five big events throughout the year.

A: Students should join Nerd Club if they’re looking for a fun community to try new things and to meet new people.

Q: How did the nerd club get started at Rider?

A: Nerd Club started with a small group of students that wanted to actually launch an anime club where they just wanted to hang out and watch anime and talk with their friends and spread their love of nerdy culture in anime specifically. So we kind of changed that to be a little bit more inclusive and made it more nerd culture and video games and board games and card games and all kinds of things. It really started with a small group and then it kind of expanded. As soon as we went public with the big idea after we informulated it, that’s when it really blew up and took off.

Q: What made you want to be in charge of the Nerd Club and why?

A: I run the club with Mrs. (Brionne) Perry, who is a fellow science nerd. I think I wanted to run it because I enjoy nerd culture and like strategies and board games and all kinds of nerdy things. When I was in high school, I was also like an athlete so I kind of had this weird crossover of like a friend group over here and a different friend group over here. So we wanted Nerd Club to be this kind of one place where everyone can come together around common interests and find that community that they might not have somewhere else.

A: We should probably have more people than we have in Nerd Club if that makes sense. I think we probably could be bigger if people would give it a chance. Some people might think it’s Nerd Club, like it’s too nerdy or whatever, but we kind of wear it as a badge of honor. So I think if people came and checked it out, they would actually find that they would really enjoy being around those types of people and doing those kinds of activities.