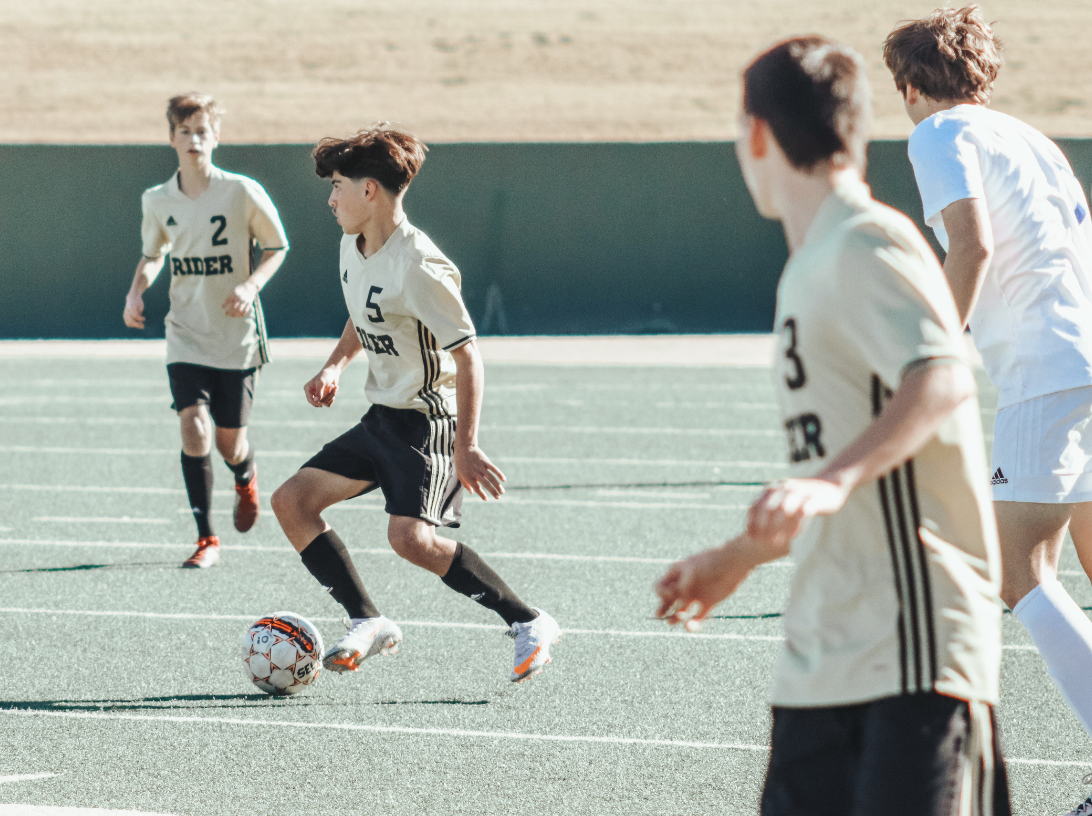 Kicking this season off with a win against Eaton on Tuesday, the Rider Chronicle sat down with Rider boys soccer Coach Dustin Holly to discuss the upcoming year before their tournament this weekend in Georgetown.

Q: What are your expectations for this year?

It is a different year because we are meshing a really good senior core with a lot of younger guys this year, but expectations are pretty high after playing pretty well last year. Our first goal is to have a very successful preseason, and then go chase a district championship. Once we get into the playoffs, we are looking to try to finish getting a third star in a state championship with this group.

Q: Who are some of your key returning players this year?

Returning player for us is Eduardo Cerna, he’s been on varsity all four years, as well as Riley Marshall, who plays in the back. Brennan Anderson plays up top for us, had 12 goals last year, and has already scored in our first game this year. Those guys are looking to provide some senior leadership. We also have Kendall Grimes in the middle. Then some younger guys got into the mix this year. Hayden Wheery, Henry Pinson, Landon Wagner and Dylan Munguia are our younger guys that are sophomores now that were on varsity last year as freshmen.

One that didn’t get to play a whole lot last year because he broke his foot early is Gage Talley. He’s come back healthy this year and has played well for us. William Alejandro is a freshman on varsity and will put in some good minutes. We´ve had to move Dylan Christian. He has probably played four positions for us in his whole four years and is settling into an outside back position this year and is going to do well for us. He’s kind of one of those utility guys that we’re looking to help lead us as well.

Q: What are the tournaments y’all are going to?

We get to go back to, for the first time in a long time, to the Governor’s Cup in Georgetown. Rider used to always go to Georgetown and play, so we’re excited to get the boys back there. It’s fun to get on the road with them, stay in hotels for a couple of nights, do some team bonding and play some teams from South Texas. The MSU tournament here has eight of the top 10 teams in the region for 6A and 5A. We´re looking forward to playing Mansfield Lake Ridge and Prosper Rock Hill. Mount Pleasant out of East Texas is always good, so we get a real tough draw out of that one and we’re excited about it.

Q: What is the biggest game this year?

Preseason wise, I would say Rock Hill and Lake Ridge will really test us because they are 6As ranked in the region and went deep into the playoffs last year. Obviously the Old High game for us in the district is one that we’d love to get that we haven´t in the past couple of years. The tricky one in the district is playing Aledo twice, so Aledo´s always good and we always have trouble when we go to Aledo.

Q: Do you feel like you have more experience this year?

I feel like we have a lot of experience this year. This is probably the most athletic team I have had. All of these guys can play so many different spots. It’s like a big puzzle almost, trying to figure out who fits where, what formation we´re playing and what will be most effective going forward for us.

Q: What did you learn about your team after your first game?

What I have learned is that communication will be key for us, between our older guys and our younger guys. This is a team that if we are excited and playing, we are very good, but when we drop into a little low, we are going to have issues. We have talked all year about no matter what’s happening, we´re playing a really good team or a team we should beat, we have to manufacture that excitement and be excited every time we play.