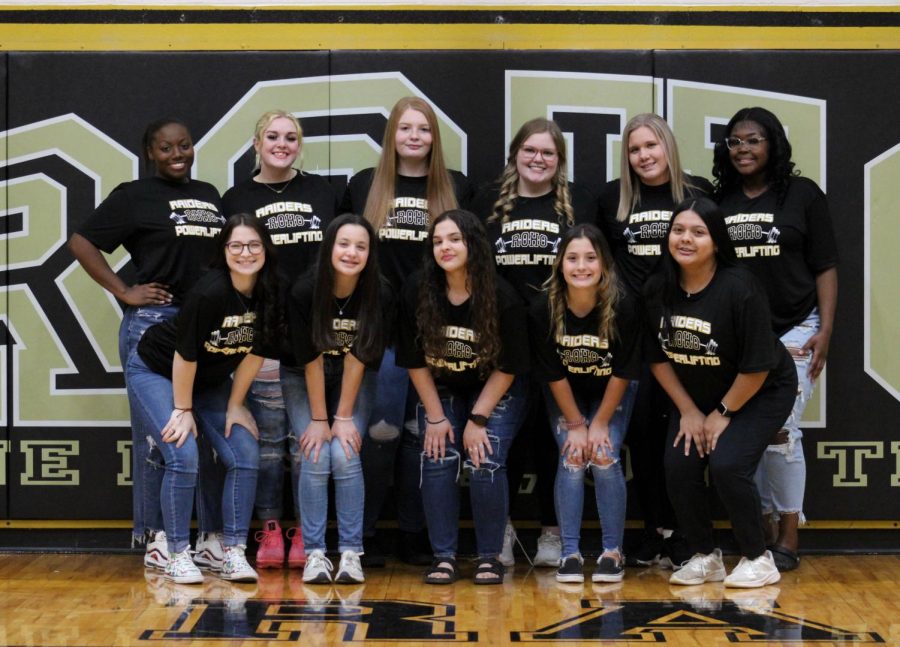 The Rider girls powerlifting team had a successful season with 10 lifters advancing to regionals.

Strength is an important aspect in everyday life. Without strength or muscle use, picking up the smallest objects, like a cell phone, would be impossible.

There are different types of strength. Some are emotionally strong. Others can climb mountains and run from ocean to ocean in marathons.

Then there are those who work isolated muscles for fun or for competition and athleticism. For example, Rider’s powerlifting team. This year, 10 members of the girls team will be competing in the regional powerlifting meet hoping to win their weight classes and reach a state qualifying total across three lifts: squat, bench and deadlift.

As they prepare for the upcoming challenge, the girls reflect on the season they have had so far, and their hopes for next year.

In powerlifting, you are competing against girls from other schools, but you’re also rooting for them, and encouraging each other.

Huston Smith, the manager of the team, said her favorite part about going to the meets is the conversations.

“You never know what we’re going to talk about,” Smith said. “We could be really upset, but then have a great time and be laughing.”

Others, like Bledsoe and Foster, enjoy meeting new people, away from the “catty” drama of everyday interactions.

“When you get to a powerlifting meet, and you’re all there together, doing the same thing, you’re just having so much fun,” Bledsoe said. “I think I’ve made lifelong friends just because of powerlifting and it’s so great.”

While the interactions and friendships made are a favorable aspect of the meets, other members, like Velasquez and Correll’s favorite part of meets is the experience as a whole.

“When I go up to the rack and my coach is standing right there cheering me on, and just everyone lifting is my favorite part,” Velasquez said.

Four meets later, the entire team has qualified for regionals. As they worked to prepare during the first few meets, both Cruz and Marks broke school records in squat and bench.

Throughout the season, the girls have strived to do the best they can. As the season comes to an end, the most common theme among the group is their motivation to, as Foster said, “become wiser, stronger and successful.”