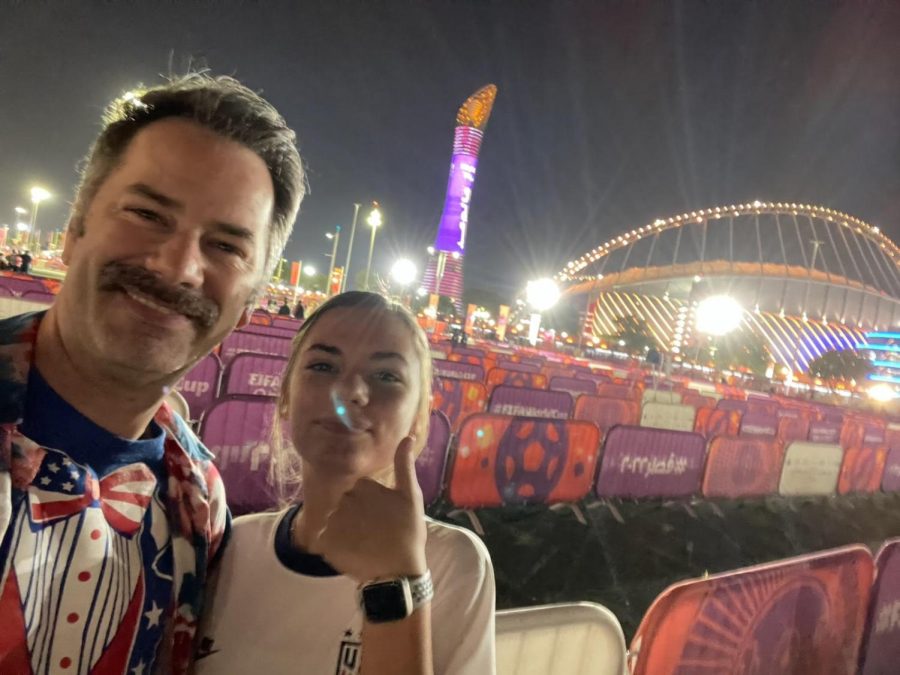 Freshman Kailyn Carl with her father at the U.S. World Cup game against Netherlands.

While most local soccer fans were watching the U.S. men’s national team play Netherlands Saturday in the World Cup, freshman Kailyn Carl had a better view.

Carl got to watch the Americans get eliminated from the World Cup from Khalifa International Stadium in Qatar.

Getting a chance to attend a World Cup soccer game halfway across the globe was a rushed decision, according to Carl.

“It was kind of last-minute,” Carl said. “My dad was just like ‘Oh, let’s go to Qatar,’ and I said ‘yeah’ as a joke. And then, he said he bought tickets and we actually ended up going.”

Carl had reason to not take it seriously, because it was not the first time the conversation had come up. The joking from the past made Carl a little skeptical when she was told they were actually going.

“I was shocked when I was told we were going,” Carl said. “I didn’t believe it at first, I was still trying to process it.”

Carl was excited to see the World Cup because soccer is something that’s very important and prevalent in her life.

“My whole world revolves around soccer,” Carl said. “If I have plans but something happens with soccer, I go to soccer. So it’s really important to me.”

Carl’s stay was a brief one, but even during that short period of time, Carl could tell things were different in the Middle Eastern country.

“We were in Qatar for less than a day,” she said. “We got there, went to the game, stayed the night and went home the next morning. It was different. You could just tell the cultures were different.”

Like most of the people watching at home, Carl was not caught off guard by the U.S. losing 3-1 in the Round of 16.

“I expected the U.S. to lose,” she said. “The Netherlands is a pretty good team, so it didn’t come as a surprise to me.”

Despite the loss, Carl said she still had a lot of fun going to the game and would love to do it again given the opportunity. 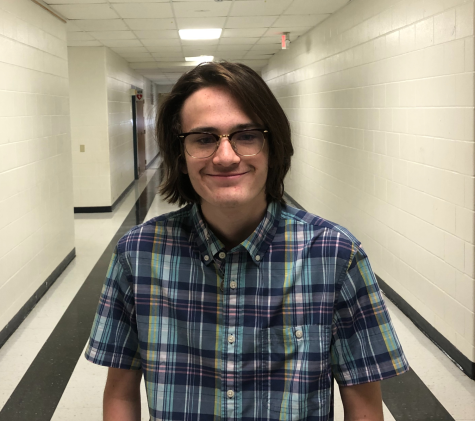