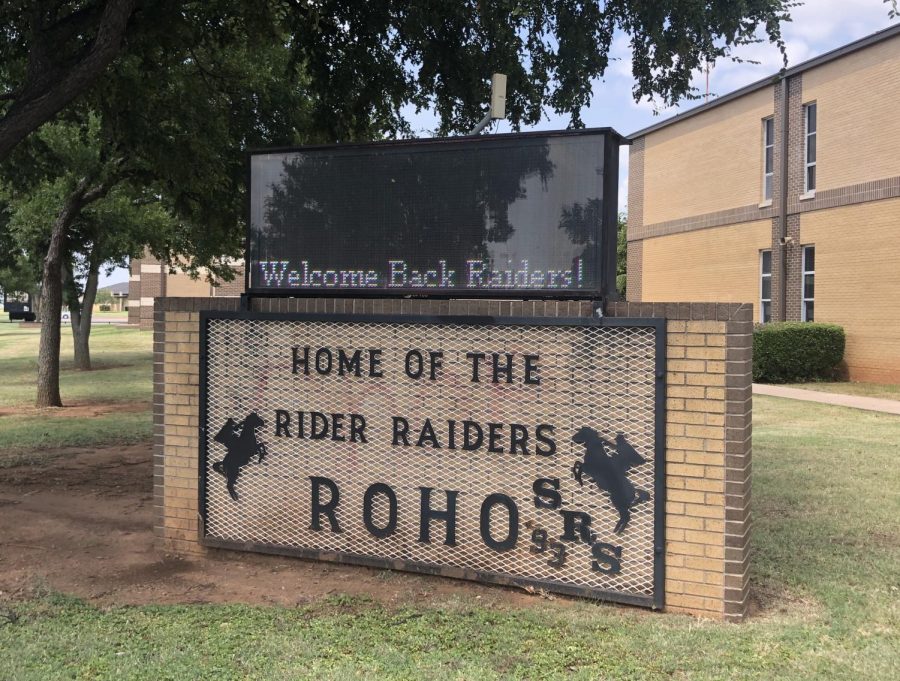 Rider High School will close down at the end of the 2023-24 school year.

Proposition A of WFISD’s school bond officially passed on Thursday evening upon the finalization of election results.

The proposal to construct two new high schools narrowly passed, receiving 14,538 votes in its favor and 14,216 against it (50.56 percent to 49.44 percent, respectively). Proposition B, the plan to construct recreational and athletic facilities for the new schools, did not pass, failing 52.41 percent to 47.59 percent.

The results of WFISD’s election come as a shock to those who expected a negative outcome due to the increase in property taxes and uncertainty surrounding the future of the Rider vs. Wichita Falls High School rivalry.

“I was pretty surprised because of how a lot of families in Wichita Falls want to keep the traditions of both the high schools alive and that rivalry,” junior Lexi Carter said. “Also, a lot of people who don’t have students at these high schools or in WFISD at all, they didn’t really want their taxes to raise even though it wasn’t that much.”

With the new facilities scheduled to open in the fall of 2024, Rider’s current freshman class will be its last graduating seniors. Junior Caleb Tippit, whose younger sister will be a freshman at one of the new schools, is excited for incoming secondary students to create a unique high school experience for themselves.

“Something I’ve always loved about going to high school is these traditions,” he said.  “I think it’s going to be a new experience for them to start these new traditions and make even better ones.”

Still, for families who have attended the current schools for generations, letting go of their attachment to age-old traditions will be a difficult pill to swallow. Stacie Martin, Rider alumna and teacher of nearly three decades, is disappointed that her youngest daughter will not be able to graduate from the same high school as many members of their family did.

“She’s not happy. She has always, in her mind, graduated from Rider, just like her sister will,” Martin said. “For me it’s particularly painful because the place that I’ve worked for 27 years is going to be gone.”

When the new schools open, Martin pointed out that moving from the current to the new facilities with new peers in the midst of their high school years will be a rocky transition for some students.

“It would be tough because you’ll go to some place that there won’t be any tradition,” she said. “It’ll be toughest on the seniors because they will graduate, and they will never be able to home again, which will be the case for everyone that graduated from high school in Wichita Falls before 2025.”

With the student bodies from the three current facilities being condensed into the two new buildings, a larger student body will likely bring increased opportunity and competition to future students, which may have been the reason Proposition A passed.

“It will overall advance WFISD’s athletic and academic opportunities,” Carter said in reference to the possibility of increased competition to make varsity sports teams or to achieve higher class ranks. “I think that the majority of the parents in WFISD carried the bond through because they all wanted these new facilities for their children and all the opportunities they bring.”