Everything you need to know about the WFISD School Bond 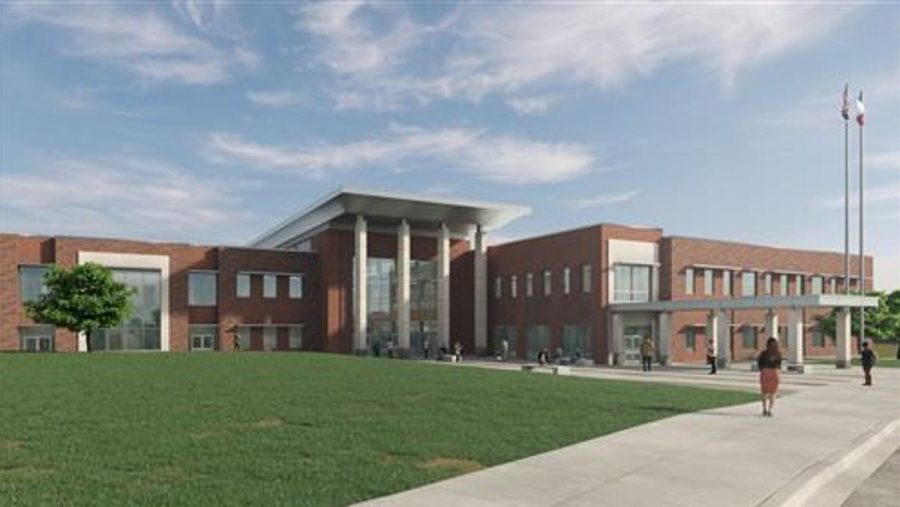 Early voting is underway, and among candidates contesting for presidency, city mayorship and the county commissioner are Wichita Falls Independent School District’s [WFISD] Propositions A and B to build new high schools for the community.

According to a sample county ballot, Proposition A issues $276,415,000 for land and costs associated with “constructing, acquiring and equipping” new school buildings. Proposition B issues $13,585,000 towards constructing recreational facilities for the district. If passed, both proposals would increase property taxes to accumulate funding.

As first-time voters, high school seniors who turn 18 before election day on Nov. 3 can vote in favor of or against the propositions.

The proposed high schools would have two floors and accommodate up to 1,900 students each. The current WFHS building is almost 100 years old, while Rider opened in 1961 and Hirschi the following year. The new buildings, however, would feature expandable spaces for flexible learning styles and house technological improvements for a blended-learning environment for generations to come.

“I feel like the kids coming to the schools after us deserve a school environment,” Renelle Rushatsi, senior and registered voter, said. “Rider and Old High are so old…they need new advancements.”

Both high schools would have identical floor plans and features, only varying in color scheme and location. Senior and first-time voter Jenny Claus believes that these similarities will “even out the playing field” between high schools and address the bigger issue of building technologically efficient schools.

“To be frank, we need newer facilities because ours are old and outdated,” she said. “It would give more kids better learning opportunities.”

Passing Propositions A and B will raise property taxes by 32 cents. For a house of $100,000, this is an annual increase of $320, with the disabled or people aged 65 or above exempt from payment. Money generated by the increase will only be used for the “interest and sinking” portion of district funding. This includes costs associated with building, renovating and land acquisition, not with daily “maintenance and operation” costs like wages and supplies.

The propositions are timely given low-interest rates due to the coronavirus pandemic and the related economic recession, making it easier for the district to borrow money for the project. Given the new emphasis on social distancing and the question of what schools in a post-COVID world will look like, Rushatsi pointed out that having more spacious facilities could be beneficial.

“It’s better to have newer schools, bigger schools, better schools for a health precaution,” she said.

The majority of Rider students who discussed the bond with the newspaper were in favor of it, but it’s worth pointing out they will not be affected if it passes. They don’t pay property taxes, and everyone currently attending Rider will have graduated before the new schools open.

The new high schools are scheduled to be ready in the fall of 2024, but they are only the first-step in the district’s “long-range facility plan.” Eventually, WFISD will look into updating middle schools, but for now, Claus is eager to be a part of phase one of this socially and economically altering decision for the community.

“I’m excited to get to vote this year,” she said. “It’s kind of intimidating, but also exciting because I do have a lot of viewpoints that I want to voice.”

Claus and Rushatsi took time to research offerings on the 2020 ballot, using social media, the internet and political conversation to understand each aspect of the upcoming election. Both stress the importance of understanding what you’re voting for and exercising your right to vote.

“You should just vote. As long as you’re voting, your vote just matters.” Rushatsi said. “People who don’t vote are taking away from something that could be better.”

Click for more information about the bond, a sample ballot, or voting locations in Wichita County. Early voting in Texas ends on Friday, Oct. 30.