Guest Column: Why you should vote and how 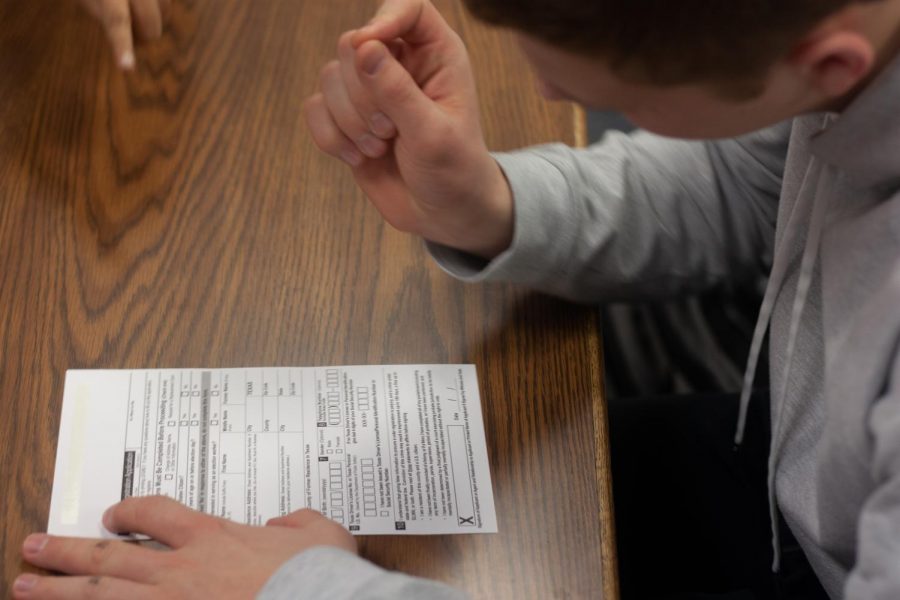 With the Texas Democratic and Republican primaries rapidly approaching on March 3, the Rider senior class officers are doing everything they can to keep eligible students able, ready and excited to vote. They hosted two voter registration drives and have been keeping their peers informed through their class GroupMe.

The officers are striving to communicate to other students that not only is voting one of their responsibilities as citizens, but it’s a way to make a difference in the country as well.

“It is important for us to voice our opinions and practice (our) civic duties,” Senior Class President Anna Grisel said. Voting enables individuals from a variety of backgrounds, socioeconomic statuses and ages to take part in choosing their representation.

“It’s important to vote because whoever is going to be elected will be representing all of us,” English teacher Heather Preston said. “All of us should have a voice in that.”

It is imperative to understand the difference between a primary and a general election. The primary helps nominate a specific party’s nominee for president, senator, congressperson, etc. When voting in the primary for President, delegates to the party’s convention are awarded based on that state primary’s winners. For example, Ted Cruz earned the most delegates in the 2016 Texas Republican primary, while Hillary Clinton had the most delegates from the Deomcratic side.

This year, there isn’t much of a contest for the Republican presidential primary with the expectation President Donald Trump will easily win the nomination for a second term. In the general election in November, the nominees of each party run against each other to become president. Because of this, the significance of voting in the primaries this year depends on your political party.

“If  you’re a Republican it doesn’t really matter. But, when there’s a big selection, I think it’s just as important (as voting in the general election) because you are basically picking the person (to nominate),” senior class sponsor Alisha Crouch said. Crouch used the 2016 election, when Trump and Clinton won the nominations, as an example of  the importance of voting in the primary. “I don’t think anyone liked who it came down to, but that’s what happened in the primaries,” she explained.

This purpose of the upcoming election on March 3 isn’t only to nominate the president; it is also to nominate the state’s U.S. Senator and to select our Congressmen. Our Congressman Mac Thornberry is retiring so 15 Republicans and 3 Democrats are running for his seat. Staying informed on your candidates is important because it is likely that the winner will serve our district for a long time.Thornberry is retiring after serving the 13th Congressional District for 26 years.

Why is this? Many adults believe it’s because students are lazy or are procrastinators; however, I believe there is another explanation.  Personally I prefer to vote on election day. Not only does this give more time to consider candidates and propositions, but it also adds to the excitement of going to the polling places and seeing the results the same day.

A problem that most communities face is the lack of youth political involvement. Senior Damion Fisher believes this has to do with our education. “I don’t think Social Studies and Government especially, are taught enough in our schools. You know they throw the Government (class) in for a semester in WFISD,” he said. “Some people don’t even take that until their senior year.”

A reminder: Early voting in Texas is already underway. Be sure to exercise your civic duty to protect democracy and vote! Check out where you can vote early or click to login and find your precinct in order to vote on March 3. Finally, it is important to know the candidates and propositions. Before you go to the polls, check out the sample ballots for the Republican and Democratic primaries so you cast an educated vote.