Power On: Esports comes to campus 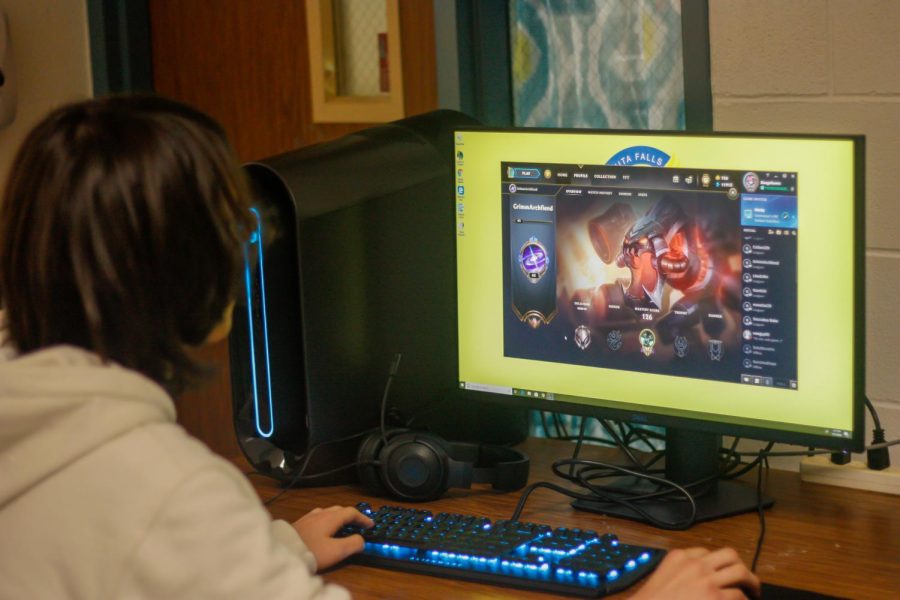 A few months ago, room 243 was filled with dust and empty tables. Now it is filled with 24 smiling, laughing students as Rider welcomes the esports (electronic sports) club.

Esports is competitive gaming between people or teams. This new wave of gaming has brought many different types of students together.

The esports club isn’t just a room filled with teenagers playing video games. It is students working together as a team. Preston compared it to a football team.

“We think about team tactics and putting the team above yourself and really learning those skills that help you to succeed in life,” Preston said. “To be able to go into the workplace and be able to work well with others and to understand those dynamics.”

WFISD Chief Technology Officer Shad McGaha provided equipment for Rider, Wichita Falls High School and Hirschi to start their programs. Rider received 12 Alienware computers with Dell monitors, gaming keyboards and Razer headsets that are “way better than the ones I have at home,” according to sophomore Brandon Huynh.

“They are basically cutting edge gaming software that is going to give us every opportunity to compete,” Preston said.

@ROHOesports getting it done yesterday on the first day of Spring League play! Both teams did great! @playvs @Alienware @delledu @SnowWhiteatDell pic.twitter.com/XjoJya1NEB

Just like other sports, there is a JV and varsity team based on tryouts. Both teams are playing two different games in a league called Play Versus. Students can play either League of Legends, a five-versus-five online battle arena video game with about 30 minute long matches, or Rocket League, a three-versus-three online soccer game with rocket power cars and about 10-20 minute long matches.

Some people consider esports a sport, while others disagree. Preston sees both sides of the argument.

“We are definitely just playing video games, but at the same time we got to look at it, at how it relates to every other sport that we have,” Preston said. “It’s about communication, it’s about working together. It’s about growing as individuals and understanding that you have to put the whole above the individual so it is definitely a sport.”