Western Burgers are Back 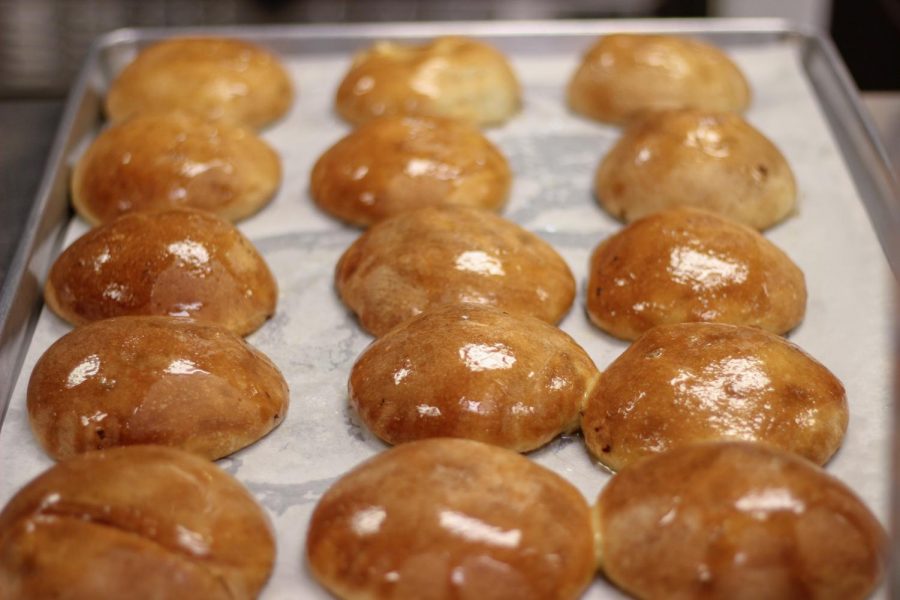 After being gone for a few years, a former school lunch, the Western Burger, is returning for an annual event. The burgers were first served in a school cafeteria in the 1970’s; however, the school stopped serving them in the early 2000s. They’ve made a return to the school lunches just this year.

Some teachers seem excited about the burgers, while some students are probably wondering “What’s the big deal?”

Senior Jason Gribble is not a big fan of the burgers. He feels like the bread is “not quality.” According to him the buns taste healthy, unlike regular bread.

Librarian, Sydney Stockton, didn’t like the burgers when she was a kid; however she thinks they are “genius” now.

“When I was actually in school I didn’t like them, but then nostalgia got me,” she said.

Whether it’s out of nostalgia or curiosity, it’s looks like it’s going to be a popular event. According to the Western Burgers Facebook page over 900 people are interested in the event.

The Western Burger Feed was originally scheduled for December 8; however, due to inclement weather it is now on December 15 from 10 a.m. to 1 p.m. at Wichita Falls High School. Western Burgers consist of hamburger meat, seasonings, and onions wrapped up in a bread or bun. There is an option to pre-order Western Burgers by the dozen for $25, or just come for a $5 lunch; however, customers can pre-order until the day before(Friday December 14) by calling (940)235-1065 or visiting the Child Nutrition office.