Knowing the differences between ACT and SAT 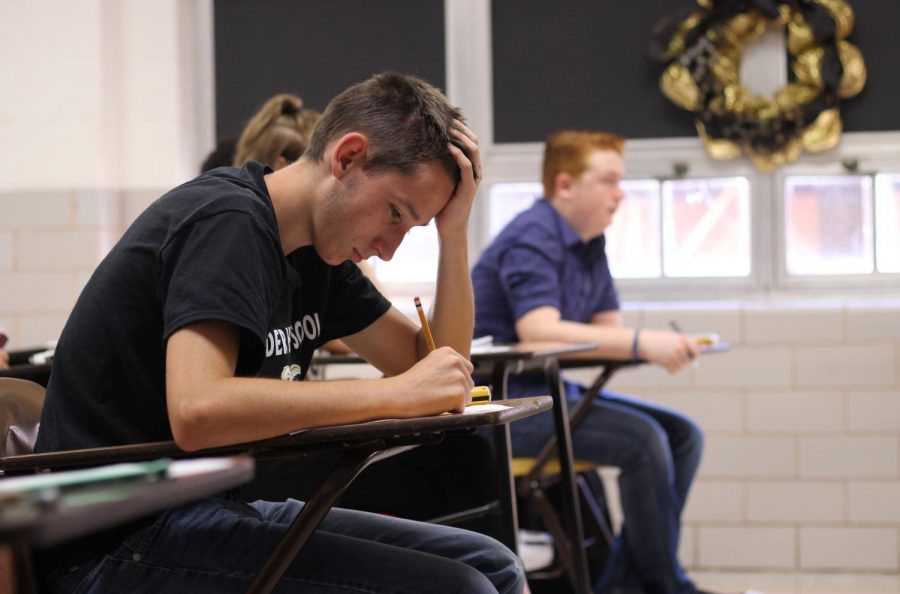 The SAT (Scholastic Aptitude Test) and the ACT (American College Test) are standardized tests taken by high school students, typically juniors, to appeal to colleges and open doors to scholarships. These tests are no joke, in fact, the majority of well-known colleges in the U. S. require a certain performance on either test for admission, on top of other criteria.

With so many expectations lying on each students’ shoulders, it’s no surprise that teens can feel conflicted when choosing which of the two exams will guarantee them a spot at a top-notch college.

Each test, while their descriptions guarantee otherwise, is more ideal for a certain type of student. According to Julie Johnson, College and Career Counselor, the key to making the best score on either test is to take the test that fits your needs.

“The science and the math were better for my score than just the math section on the SAT,”said Leah Schrass, senior.

For other students, such as senior, Oliver Coyle, choosing the SAT was a no-brainer.

“The school system prepares you more for SAT,” he said.

Though both Schrass and Coyle are AP students who took different tests, Johnson recommended each test to a different type of student. She’s noticed that kids who take honors and AP (Advanced Placement) courses will do well on either one of the tests, but they tend to do better on the SAT, and students in regular classes are usually more successful on the ACT.

That being said, it’s important to note that the ACT isn’t necessarily easier than the SAT.

Johnson explained that College Board, the company that created SAT, also writes the AP tests, so she feels the students who are enrolled in the AP classes are used to that style and thought process.  Johnson said they are guided by their teachers to think more in depth, so naturally they do better on the SAT.  Still, it doesn’t hurt to give both tests a shot.

“I definitely recommend it [taking both tests]. Students can discover which test they liked best, or did the best on and then work to make their score higher,” she added.

Still, it’s important not to abuse the liberty to take whichever test you want, however many times you choose. Both the SAT and ACT writers recommend taking either test up to three times out of the allowed fourteen, so it’s imperative to take each attempt very seriously.

Once a student has decided which test to take, it’s all preparation from there.

She stressed the importance of studying, taking practice exams, and attending prep classes, such as the cram sessions at Rider, to maximize your score.

In the end, it’s all about finding the test that makes you look the most appealing to colleges. By choosing which exam is best for you, and making the best score you possibly can to ensure another positive line on your résumé, you are taking steps in the right direction to better your future.