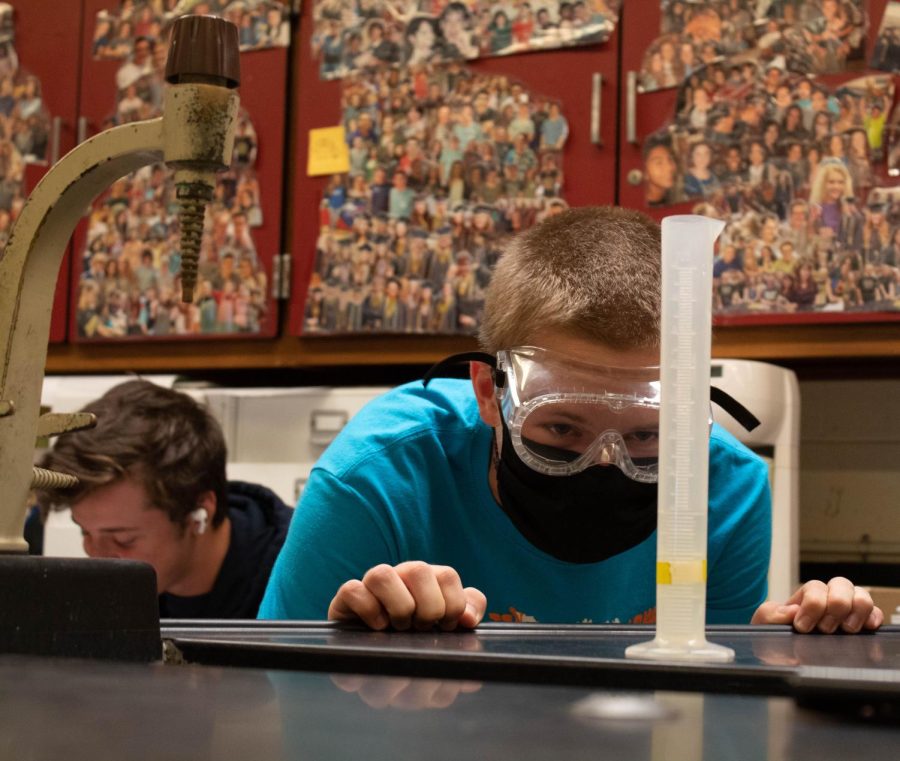 Maverick McKown will be competing in science, math and number sense at the regional meet in Lubbock.

Those are all words used by teachers to describe Maverick McKown, who recently won multiple academic titles at the UIL district meet.

“Maverick really likes learning new things, just like the mastery or the knowledge of those things,” UIL math and number sense coach Jane Ramirez said. “He is really interested in the connections between things and that’s what impresses me, he learns on his own.”

McKown’s way of studying helped him advance to regionals in multiple events after a successful district meet in Granbury.

Aside from participating in UIL, McKown is on the track team, involved in TAME and plays in Rider’s orchestra.

McKown just likes learning things. “It’s not something I have to think of setting time aside for,” he said.

UIL science coach Trevor Wildman feels McKown does a good job of keeping up with his classes and giving himself time to prepare for all of his other activities.

“He still makes sure he’s not neglecting anything else,” Wildman said. “He is pretty good about scheduling.”

Ramirez feels all her UIL students work hard because they all started practicing in either junior high or elementary school.

“They meet with Anthony Newberry who’s at Hirschi High School,” Ramirez said. “(Newberry) won UIL math competitions back when he was in high school, so he’s an excellent tutor for them.”

Rider’s math and science UIL teams also won first place and will be advancing to the Region I-5A meet next weekend in Lubbock. Reddy, Mahdi Kahbir and Jun Park make up the math team, while Prasi Desai, Bhargavi Chauhan and Vincent Doan comprise the science team.

Wildman started coaching his science team last year. The science students sought him out because they needed a coach.

“I’m glad I agreed because they are a fun group to work with,” Wildman said. “They are committed as a group, not just Maverick, but Prasi, Bhargavi, even all the sophomores I have, they are pretty driven to work.”