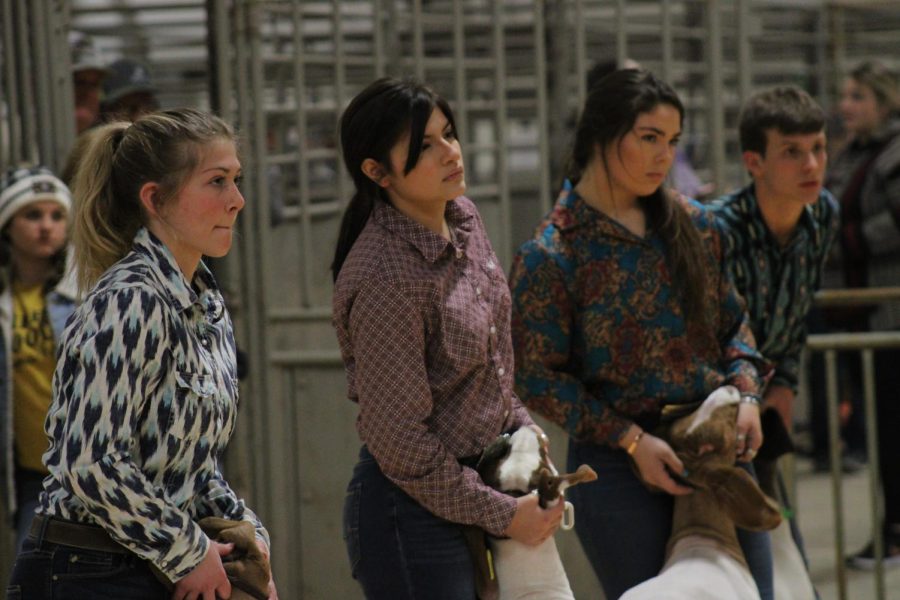 Analise Porras waits with her goat during the Wichita County Junior Livestock Show in January.

Riley Wood has been around animals all of her life. In fact, she said her mother rode horses up until she was nine months pregnant with her.

“I’ve always grown up in the FFA aspects as a kid,” Wood said. “It’s all about the experience. Just learning the responsibilities and having that bond with your animal.”

Having so many sports and fine arts in the school, it’s easy to forget about other impressive extracurricular activities, like Future Farmers of America. Better known as FFA, the program makes a positive difference in the lives of students by developing their potential for premier leadership, personal growth and career success through agricultural education.

But to the students involved, FFA is so much more. It teaches responsibility as well as provides a family for them.

“I joined FFA because my ag teacher really pushed me to do it and compete on teams and be an officer,” senior President Annalise Porras said. “After I joined, I was really glad I did because I felt like I belonged there.”

FFA’s motto is: “Learning to Do, Doing to Learn, Earning to Live, Living to Serve.” Wood said the organization isn’t only for those with farming ambition.

“FFA is a student-led organization that helps students build leadership and career skills,” Wood said. “I showed chicken at the Texas State Fair. I also have pigs that I’ve shown all over the state.”

The extensive skills of FFA aren’t limited to high school, but carry on through future plans. Wood said she’ll attend Tarleton State next fall and major in pre-vet in hopes of going to veterinary school.

“I want to go to college and study animal science at WT (West Texas A&M) and I want to work with large animals and livestock,” Porras said. “FFA helped me realize I wanted to do that and I felt like choosing to do it was me appreciating agriculture more.”