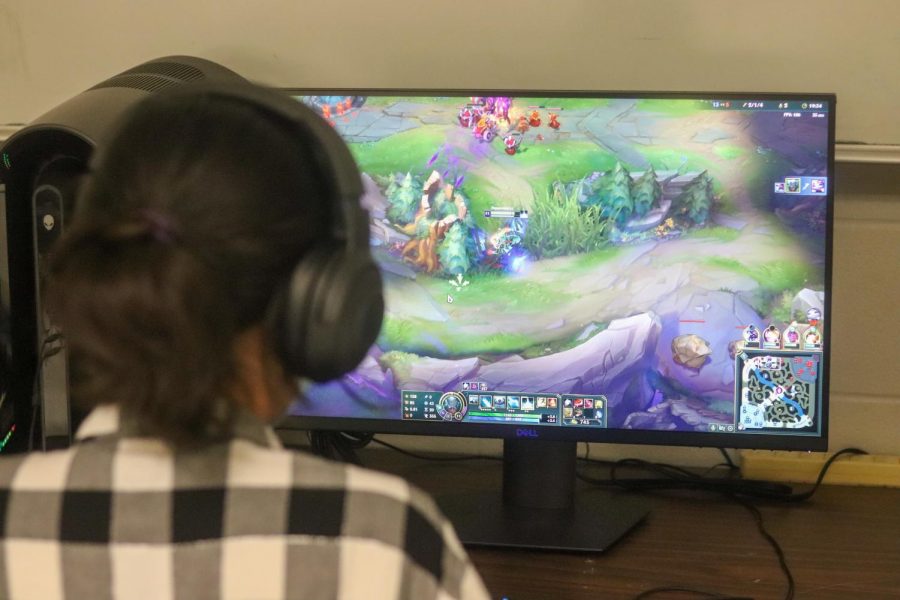 The world of online gaming is becoming more popular, due in part to the rise of pro and amateur gamers streaming on platforms such as Twitch and YouTube. Similar to the other millions of female gamers, several Rider girls have taken their video game passions one step further by becoming part of esports.

“I feel like there’s a lot of misconceptions about females doing video games or esports,” senior Madison Nichols said. “I feel like females are more scared to participate because there is a lot of male masculinity involved in the video game scene.”

In this male-dominated field, women are often hesitant about participating in communications during online games. This reluctance to share their voice and speak out is due in part to the backlash female players receive simply for, well, being girls.

“Usually speaking, most dudes are disrespectful,” senior Arianna Nguyen said. “So when I teamed up with (the boys on the Rider varsity esports team) and they listened to what I was calling out, it was like a breath of fresh air. I like the idea of showing guys they are not the only people who can play games or play them well.”

In recent years, more women joining the gaming scene and “toxicity” levels toward girls are on a steady decline.

“When I first started playing “Overwatch” (an online, first-person shooter game), if I tried to talk in the game, I would get a lot of backlash,” senior Kamrynn Lee said. “A lot of (the other players) would be like ‘Oh, it’s a girl,’ and there would be a lot of harassment. But, over the years, it’s been getting better. I don’t really get any disrespect anymore.”

Rider fields an all-girl “League of Legends” team and also has females that play on the varsity teams. Since the beginning of the season, expectations for the Overwatch Black team (including Nguyen (a top 500 Overwatch player) and Lee as team members) have been high and the players’ morale is even higher.