Rising to a New Challenge 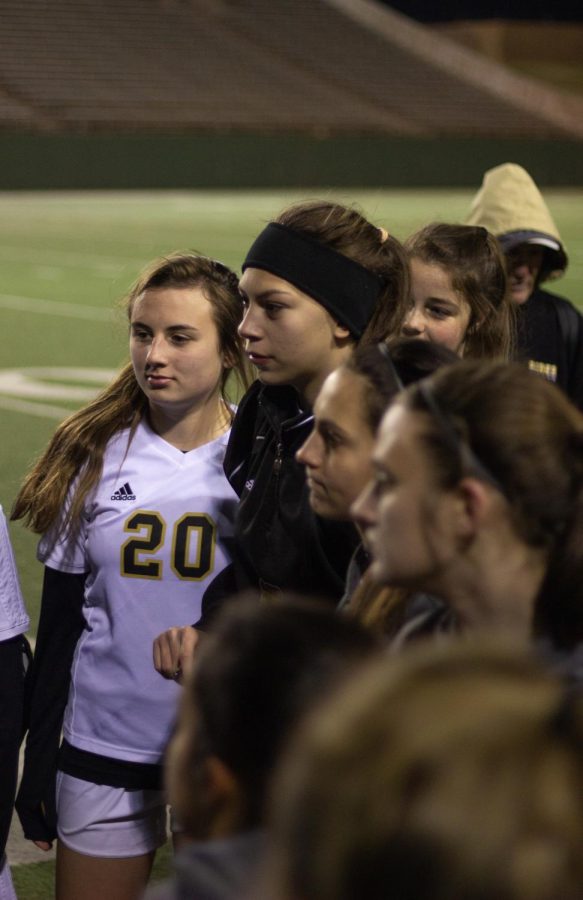 A new face can be seen on the soccer field since as Britany Schmidt, a health science teacher steps up to take the role of head coach for the JVB Girl’s soccer team. She may be a coach, but she is also a teacher, wife, and mother all at once.

“It’s a lot of work and it was more time consuming than I was expecting,” she said.

As hard as the job may be Schmidt doesn’t regret her decision. She enjoys all the aspects of her job as a coach and as a teacher. She views coaching as being a parent to over 30 girls, and treats her girls accordingly. Along with those responsibilities, there are also other things such as making sure the girls’ grades are up, that the equipment is in proper order, and many other things that come with the new position.

“You’re responsible for a lot more. It’s not just show up at the game and coach,” Schmidt said.

Responsibility is something that was instilled in Schmidt, and she intends to instill that in her students, whether that’s in health class, or on the soccer field, and sometimes both. Her coaching is based off of he memories of her own teachers.

For Schmidt, she vividly remembers only a handful of teachers in a positive way. She feels that part of her job as a coach is to be a mentor for her students. She intends to be the teacher that her students remember by inspiring that responsibility in her students by teaching them to be mindful of their grades and not just how they’re doing in sports.

“My parents were very strict with your grades and your academics come first,” said Schmidt. “You got grounded from sports if your grades weren’t good.”

Coaching the JV teams is not only an opportunity to instill her coaching philosophy of responsibility, but this is also a perfect fit for her as she had played soccer all the way through high school, until she switched to softball.

“I could have played college softball, but I didn’t do it,” she said, “I decided to stay here. I had a serious boyfriend at the time. I ended up marrying him, so it worked out.”

Although Schmidt may have extensive experience with games and teamwork, she admits that it’s still a challenge at times. Most of her hardships stem from behind the scenes work such as paperwork, but she admits that the game itself can be stressful. On top of making sure the soccer girls are performing their best and making sure they feel encouraged, she also has to feel the pressure of the crowd and their opinions.

“People are watching you, and that adds a little bit of stress,” said Schmidt.

In spite of the fact that she may have her fair share of struggles, Schmidt is adamant that she loves her girls and wouldn’t change her position for the world. She tries her best to be a fun silly coach, but she also wants her kids to learn a balance between having fun and working hard.

“I want it to be ‘I learned so much and I have fun memories and memories that I take with me’”, she said.

Along with the fun she has with the girls, Schmidt enjoys watching them grow, and she grows as she learns from them. One of her favorite things to watch is how the girls form connections between themselves. However, above all, she enjoys the connections she makes with them as a teacher, a coach, and a mentor. It may be a struggle for her at times, but she believes that in the end, it’s so worth it to watch the growth that develops from hard work and fun times.