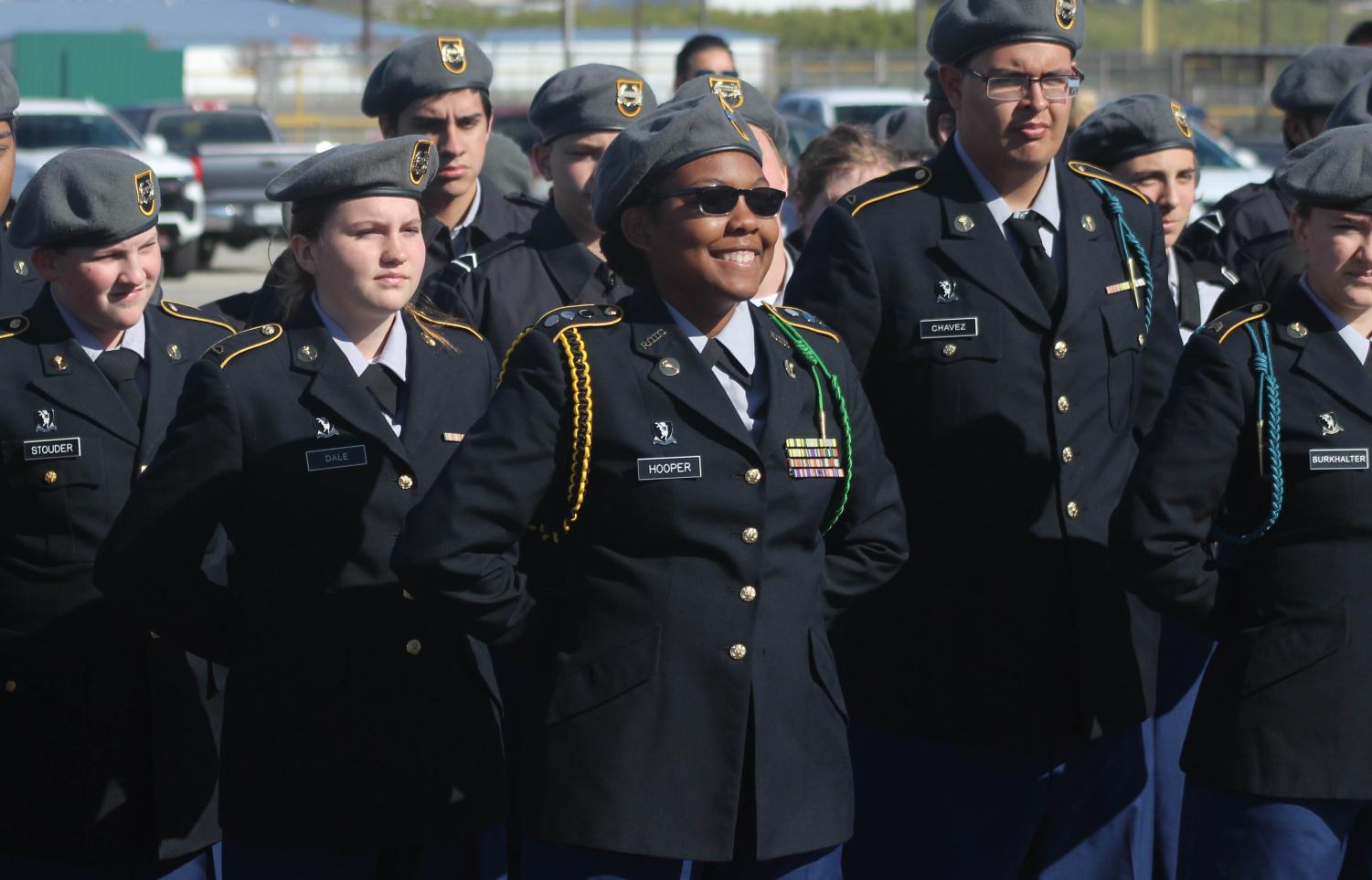 After a two-year gap, the JROTC will be having a Military Ball over the weekend. (Allison Morgette/Rider Media)

After a two-year gap, the JROTC will be having a Military Ball over the weekend.

After nearly two years, JROTC’s military ball is back. It will take place at 6 p.m. Saturday at the Women’s Forum.

This big event will remain mostly the same, with a few small changes. The receiving line normally done at the beginning of the evening will not be taking place this year due to COVID precautions.

At a typical military ball, any cadet is allowed to attend. The purpose of this event is to hand out awards and to show the students what a real military ball looks like.

Some of the activities include a presenting of colors, an invocation, a dinner, an awards ceremony and officer promotions. After the formal portion of the event is over, there is a dance at the end.

Since many students have missed out on this event throughout the years, there is more anticipation than usual.

“They seem excited,” Major Robert Smith said. “We have over 50 people who are going so far.”

One of the most important factors is the flag folding ceremony. Each fold of the flag symbolizes important beliefs of the military and America as a whole.

A military ball is not only exclusive to Rider. Many other schools hold similar military balls, with minor changes according to each location.