This year’s District 5-5A UIL competitors were given a “home-court” advantage for the annual meet.

To accommodate COVID-related safety measures, students participated in the competition from their individual campuses in March rather than traveling to larger gatherings. Despite its unusualness, math events coach Jane Ramirez believes that her students benefited from the comfortable environment.

“I actually think it was more relaxed because it was a familiar setting,” she said. “They were in my room, they were with me. I also think, because we didn’t have to travel, we’re more rested.”

Ramirez’s Number Sense and Mathematics teams both placed first at the district event and will be advancing to the regional competition on April 16-17.

Although Rider has historically fared well in these events, the Rider math team has undergone recomposition since last competition season, losing many juniors and seniors. Now, the team is being carried to regionals by underclassmen such as freshmen Madhi Kabir and Chaitanya Reddy plus sophomore Maverick McKown.

“I’m really optimistic about the future because they are such a great group,” Ramirez said. “They’re so young, and they’re already doing so well, so I just think that we’ll see great things from them.”

The regional meet, typically hosted at Texas Tech University in Lubbock, has been split into several smaller meets, with Rider students competing in Saginaw. Additionally, in order to avoid unnecessary exposure associated with staying in hotel rooms, the students will make two separate trips to Saginaw on both Friday and Saturday.

Though WFISD students are familiar with the travel-induced fatigue that comes with driving far distances to reach athletic and academic competitions in the Metroplex, this difference is only amplified by the changes in testing locations. Ramirez feels that the cumulative eight hours on the road could be difficult for Rider’s representatives to overcome, especially for tests that require precision and focus.

“For the people who live in the Dallas-Fort Worth area, it’s not a two-hour drive for them,” she said. “They can leave and come back, and it’s no big deal. They don’t have to eat in a restaurant, they don’t have to worry about masks.”

Along with the Number Sense and Mathematics teams, the Current Issues team led by Hailey Read also placed first and will be advancing to the region level. Two individual journalism competitors, juniors Olivia Davenport and Sandra Le, placed in the top three in various events and will be progressing as well.

A top-three individual or a first-place team finish at region will earn the students a spot at the state meet in early May. 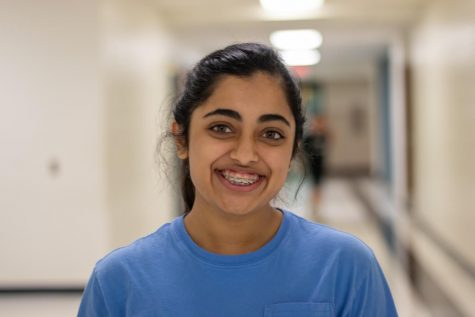