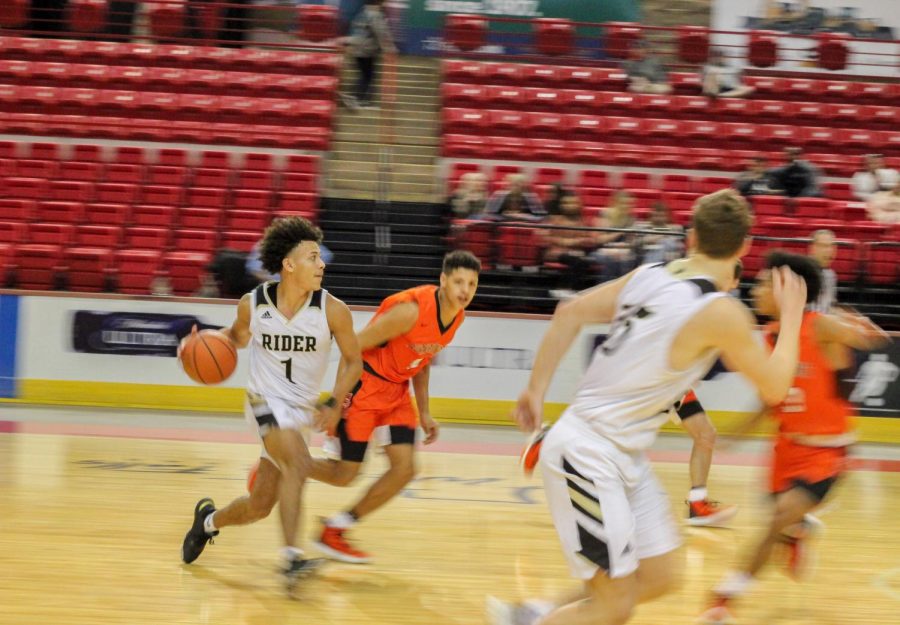 Rider will have new opponents in volleyball and basketball for the next two years after Monday’s UIL realignment.

The Raiders are no longer with Abilene Cooper and Wylie. Instead, Rider will be grouped with Aledo, Azle, Granbury and Brewer in District 5-5A.

Basketball coaches Cliff McGuire and Kendall Webb both thought they would stay with the Abilene schools, so Monday’s developments came as a surprise. The UIL split the Panhandle’s 10 schools and Abilene’s two schools into two six-team districts.

“It’s good to have more teams in our district,” Webb said. “You know we had five last year, so it’s kind of nice to get an extra team in there.”

Granbury originally was grouped with Rider at the last UIL realignment two years ago, but opted out for travel purposes.

Being in District 5-5A means the neighboring district is in the Metroplex, which can be a benefit for some sports and a disadvantage for others.

“It’s different for sure we go back east, but you’ve got to play, so we’ll be ready to go,” McGuire said. “It will be a little different group for sure, but we’ve done it the previous five years, so it will just get back to normal.”

As for volleyball, the five-team district changed into having six schools. One surprise that happened on Monday was that there were two schools who wanted to come into Rider’s district, Saginaw and Justin Northwest head volleyball coach Alysha Humpert said.

“We’re familiar with a lot of those teams because we had Brewer in our district before, we had Azle in our district and obviously Aledo and Old High,” she said. “I’m excited to not travel as far… I think it will be a good district for most girl sports on our side.”

“We kind of knew what the district was going to be anyway and so for that it’s good that we get to play those guys for another year. As for our non-district schedule (Boswell, Frisco Independence, Midlothian, Odessa, Waco La Vega)  it’s really tough which is what we like,” said head football coach Marc Bindel. “It will get us ready to make a run for district championship and a deep run in the playoffs.”