A Broken Tradition or a Change for the Better? 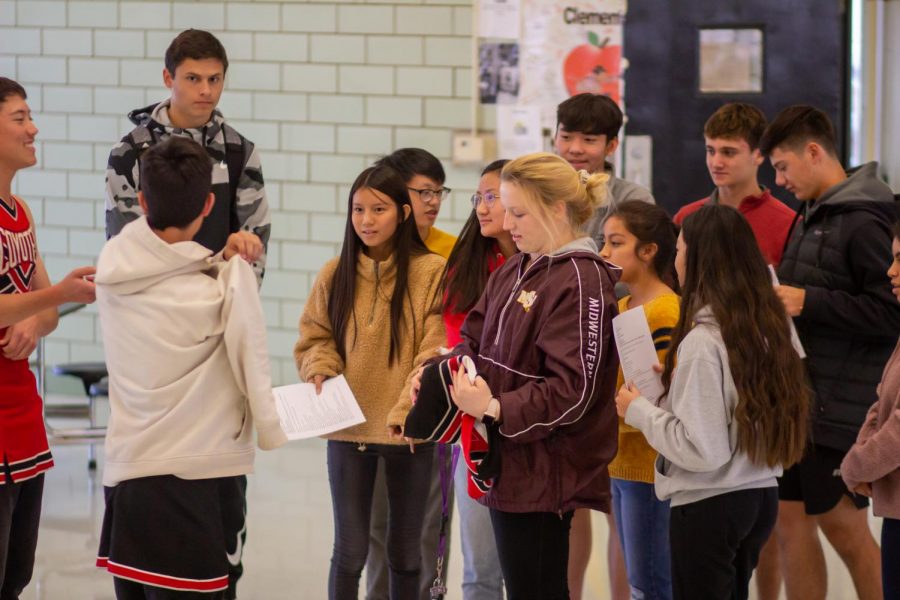 Sophomores rehearse their "The Dating Game" skit after school

The Roundup Assembly has been a Rider-Old High week tradition for decades. Each year, Mr. and Ms. Raider nominees wow the audience with tricks and swing dancing, and the senior class puts on a skit that showcases their four years of high school.

However, there has been a change this year: The Roundup will now include themed skits from all four grades, rather than just the class of 2020. This year’s theme is game shows.

Though this change comes as a shock to many, this is not a new plan of action. The “tradition” seems to have alternated between only seniors and all four grades for quite some time.

“Twenty years ago, when I was in school in the ’90s, all four classes would do a skit,” senior class sponsor Alisha Crouch said. “Then, sometime after I graduated, it died out… so the past couple years, I’ve been thinking about bringing it back.”

The goal is to implement a “One Family, One Team” strategy and unify the four grades.

“This is a way for everybody to kind of feel involved, hopefully, and enjoy the assembly a little bit more,” Crouch said.

Crouch decided to include freshmen, sophomores and juniors in the skit after the assembly last year. When the seniors came to know about the change in their class group chat, some students made it clear that the Roundup skit is a senior tradition only.

“The tradition when my parents were in high school was a senior skit, and it’s just, to my family and me, a tradition, and I don’t like how they’re changing it our one year,” said senior Camille Ramsey, who has opted not to partake in the skit this year.

Most seniors who did not agree with the inclusion of the other grades are not participating in the skit. According to senior class reporter Travis Christoff, a good number of seniors are now on board with Crouch’s decision. 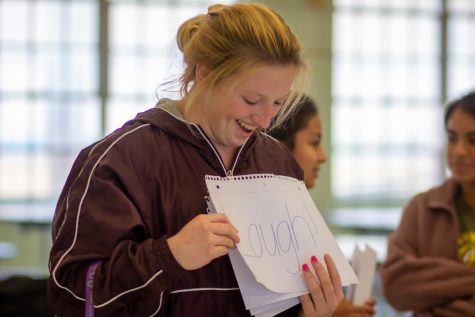 “At first, most people were not happy with the decision,” Christoff said. “But, as we explained it, and as Coach Crouch explained it, to the rest of the senior class, most people came to understanding and seeing that it’s actually a good idea.”

On the other hand, underclassmen such as sophomore class president Sandra Le are currently dealing with the weight of having an entire skit on their hands. These students feel that, given that they have no prior skit examples to work with, creating an entertaining show for the entire school to watch has been an uncertain process.

“We (the sophomore officers) were all shocked, and we didn’t know what to do because we have to start from scratch. It was crazy,” Le said more than a week before Roundup. “We honestly have no idea what we should be doing because we’ve never done this before.”

Le, Christoff and many other students feel that there are positives and negatives to both the new and old traditions, but only time will tell which one ran more smoothly.

The Roundup Assembly will be held during class on Thursday morning.