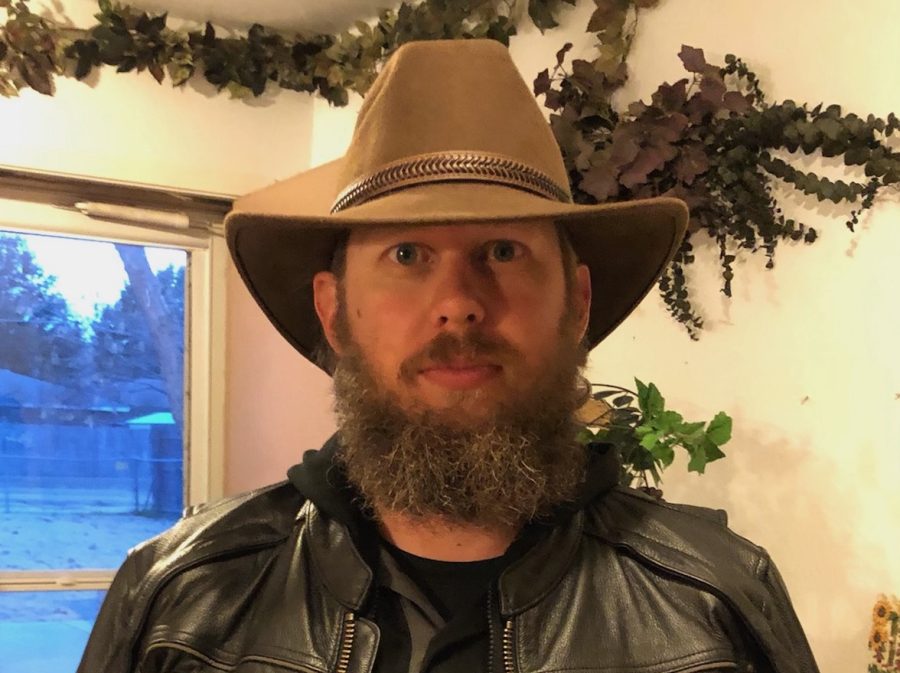 Danny Cook, who passed away over the summer, has been missed by many Rider faculty.

Rider staff member passed away over the summer

The hallways are packed with students and staff. However, in the technology department there is a hole left by the absence of Danny Cook.

Cook passed away in a motorcycle accident on June 21 at the age of 37. Those who knew him miss him every day.

His death was very sudden and unexpected. Just that morning, he had been in the office helping Dr. Cody Blair with his laptop.

“He was just a friendly face, a guy that joked around a lot that we had a good relationship with so he’s very missed,” Blair said.

Angie Kasparek worked with Cook for 10 years in the Audio/Visual room. As the two worked, Cook often would play jokes and pranks.

“I had a stress ball shaped like a horse that Danny took off my desk and hid around the office,” Kasparek said. “I needed that stress ball after hunting for it every day. I finally turned the tables and started hiding it from him.”

Cook also loved the song called “This is the song that never ends.” He would play it every day on repeat just to annoy Kasparek.

“I would finally have to make that song end, much to his amusement,” Kasparek said.

According to librarian Sydney Stockton, Cook also liked to hide fake rats in other people’s drawers.

“So they’d open their drawer and it would look real and they’d go ‘ahhhhh,’ and he would be sitting in the corner just laughing,” Stockton said.

Though he had a sign saying, “I don’t want to help you,” Cook was always willing to help others with any problem they had.

“I don’t think there was anything he didn’t know when it came to technology and computers,” Stockton said. “It just seemed like he knew everything.”

“Our staff had good relationships with Danny because he was all about serving them and taking care of technology needs on campus,” Blair added. “So it was just a very big tragedy, a big loss, for our Rider family here.”

Cook’s generosity extended beyond the halls of Rider High School. Kasparek knew that firsthand. She bought parts for a computer and Cook made one from scratch for her daughter. To this day, her daughter still owns that computer.

“He was always available to the Rider staff whenever they needed him,” Kasparek said. “Danny was a team player.”

Cook loved to ride his Harley Davidson. he bought many accessories for it and named it Ann Bonny. He also called his motorcycle his wife.

“Danny was especially proud of his service to his country,” Kasparek said.

Cook served in the Army for four years in Iraq. Then he joined the Army Reserves for another four years.

“He was a true patriot who loved his country,” Kasparek said.

Cook, who was employed by WFISD for 12 years, will be greatly missed by those he worked with closely. He became like family to his co-workers.

The Rider staff is planning on purchasing bricks to honor Danny Cook and his memory for the Veterans Memorial being built in Wichita Falls.

“I will miss Danny every day. He was family to me,” Kasparek said. “More like a son than a co-worker. He will always have a special place in my heart.”