Tempelmeyer puts the T in testing 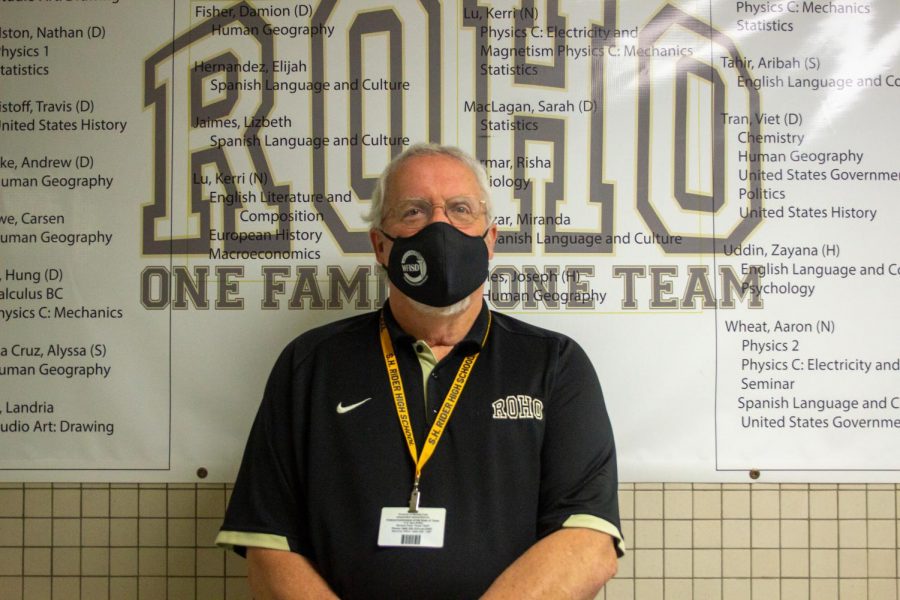 Pat Tempelmeyer’s job is kind of like solving a jigsaw puzzle. There are lots of different pieces that go into testing.

Although Tempelmeyer has been Rider’s test coordinator for the past six years, this year is different from previous ones.

“We were up to a combination of COVID and snow began has really compressed everything,” Tempelmeyer said. “We had TSI, TELPAS, STAAR and there just wasn’t time to catch a breath in there.”

The week of testing is usually smooth sailing for Tempelmeyer. There may be a virus that pops up on test day, but the real work comes in the preceding weeks.

First, Tempelmeyer sees all the students in a program that tells him what tests they need to take. After that, he sorts the students into big holding areas, separating them by who needs oral admin, students who test online and students who are just standard test takers.

“Then I go through and look at what rooms I want to use to test, and I assign how many rooms to each accommodation I have to have,” Tempelmeyer said.

The library and the field house are going to be used for AP testing during May STAAR testing, which begins May 4. This is challenging because the auditorium is not enough room for all the displaced students.

“We have to have people to watch the displaced students, usually coaches,” Tempelmeyer said.

The counselors normally handle all the breaks for the teachers giving the STAAR test, but the counselors will be giving AP tests during this time.

Tempelmeyer felt that STAAR testing went well in early April for about 850 students, although 50-60 freshmen had to retake it because of statewide online testing problems. He has high hopes for the May testing.

“It could have gone better.There were things I could have done better,” Tempelmeyer said. “Hopefully as we go into the May testing, now that we have one under our belts, we’ll be able to catch a breath for a little bit, it will go better.”