Once a Raider, always a Raider 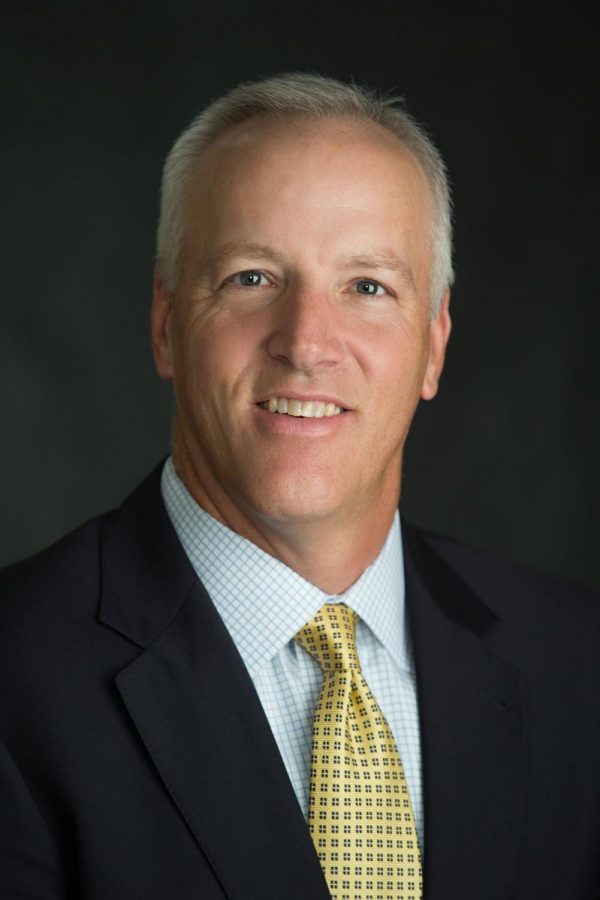 Representative James B. Frank is currently serving his fourth term in the Texas House of Representatives. However, long before he became an esteemed public official, acting as Chairman of the Human Services committee and passing house bills, Frank was a native Wichitan and a graduate at S. H. Rider High School.

While at Rider, Frank was President of National Honor Society, ranked sixth in his graduating class and a tennis player, advancing to the state quarterfinals during his senior year. He believes that his high school education provided him with the foundation needed for a career in business and finance.

“The most important way high school helped prepare me for my career was in giving me ways to be competitive and push myself,” he said. “This opportunity for competition in all parts has helped me tremendously in my career and it has its roots in high school.”

He also credits former teachers Mrs. Linda Smith and Mrs. Robbie Jeter for helping him build critical thinking and writing skills that are crucial for his job today. However, the most influential person in Frank’s life from Rider was Coach Robbie Sargent, a “true leader.” Coach Sargent led the tennis team, challenging his players by running alongside them.

“He started out as the leader of our runs but challenged me enough that eventually I was out-running him,” he said. “Isn’t that the goal of any good coach? Lead so that your student-athlete grows?”

After graduating from Rider, Frank earned a degree in finance from Texas A&M. His schooling shaped the way he views education now as a politician, as he desires for an education system flexible enough to meet the needs of any child.

Frank and his wife, Alisha, whom he met at Rider, are involved with First Baptist Church. He also owns Sharp Iron Group and Transland, employing over 100 locals.

Despite his responsibilities at the Capitol, he and his family remain active members of the Wichita Falls community. Currently, Representative Frank is working towards improving state Medicaid and continuing to redesign Child Protective Services.

James Frank is one of many Rider graduates to leave a lasting impact on society. In honor of Rider’s 60th anniversary, the Rider Chronicle has compiled five additional notable alumni to recognize:

Satin is best known for publications such as “Radical Middle” and “New Age Politics.”  In addition to being an author, he is also a political theorist and newsletter writer. Many consider his work controversial, as it strays from traditional viewpoints.

After starting his career as a journalist in Wichita Falls, Cutbirth became a media critic,  even blogging about political issues on The Huffington Post. He is known for his examination of the intersection between American journalism and American politics.

Harrelson is a former professional basketball player who mostly played overseas in Germany and Australia. In 2015, Harrelson became the head coach at the college he graduated from, Wayland Baptist University.

Anderson just wrapped up his seventh season as a pitcher in the Major Leagues. Anderson has been a starting pitcher with the Diamondbacks, Brewers and most recently the Blue Jays, compiling a 54-42 record.

Barrett is one of the most accomplished football players ever to come through Rider. He set several Big Ten records and won a national title during his time as Ohio State’s quarterback. Barrett has spent time with several NFL teams, including the Saints and Seahawks.