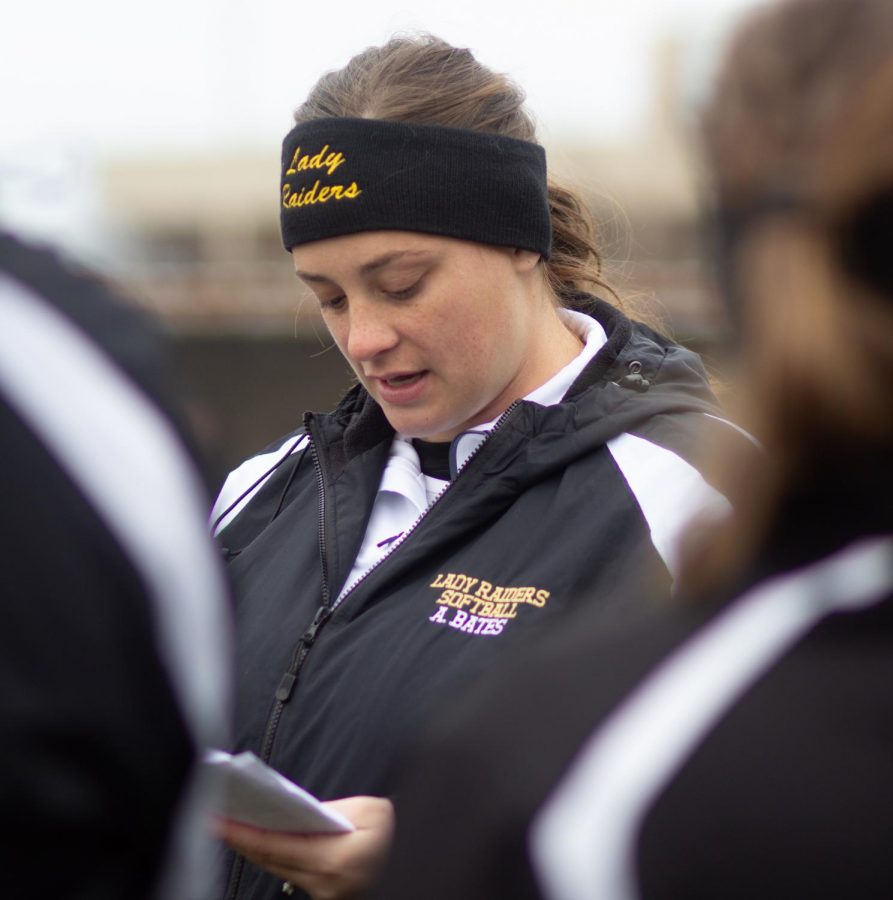 Rider's Abby Bates is entering her second season as the head softball coach.

Rider’s Abby Bates is entering her second season as the head softball coach of her alma mater where she holds 35 school records.

The Lady Raiders opened up the 2020 season last week and are looking to make progress after Bates’ debut last year. She sat down with The Rider Chronicle to discuss the upcoming season and some new players to watch out for.

Q: What are your expectations going into this season?

A: “Going into the season I really expect the girls to compete. Last year we didn’t really compete much in each game, so this year we’re really hoping we’ll compete in every game, every pitch.”

Q: Will you be doing anything different from last season?

Q: Do you think your team dynamic will be different without some of last year’s players?

A: “No, I think this team is really tight knit.”

Q: Who are some good players that have been the keys to your success?

A:  “Some key players are Kaitlin Anglin, she’s a junior catcher and she is on fire this year.”

Q: Who are some up and coming players to look out for?

A: “One up and coming player to look out for after a great week and weekend is Alivia Wahl, she’s a freshman. Another up and coming player, I would say would be Kelcie Poirot, she just transferred from Vegas to us. She’s a sophomore. She’s gonna be fun to watch.”

Q: What is the main goal this year?

A: “To get better at each and every game and each and every pitch. We’re still a really young team with freshmen and sophomores basically all the way starting from top to bottom, so I’m really hoping to come out and compete each game and make sure we’re getting better each pitch.”

Q: Have your expectations changed for the team this year?

A: “Absolutely not, I think if anything they’re up a little bit higher because I expect them to do the little things this year and be able to compete at each level.”

Q: What are some strengths and weaknesses that your team has?

A: “One of our strengths is that these girls have been playing together for a while now. We’re getting better at our hitting, which was one of our strengths now. Last year it was not. One of our weaknesses is our defense. We’re still shuffling people around at this point, trying to find the right mix.”