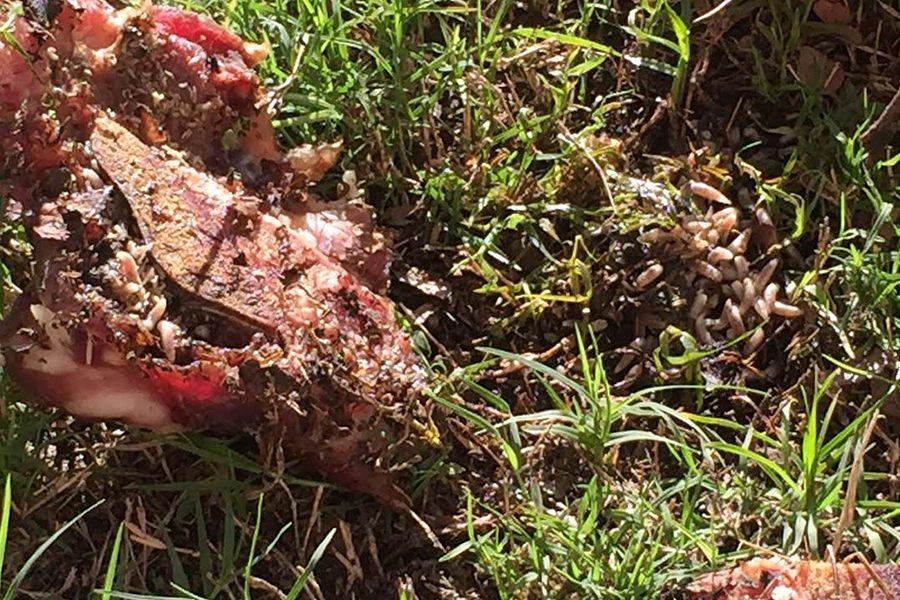 In Forensic Science, the class did a study of human decomposition where they used pieces of meat left out for several days to simulate maggot growth on a human body. “Seeing the maggots as soon as Weber rolled it over was really disturbing,” senior Amber Dorsman said. “It was kind of interesting, just really nasty.”

Preparations were made. The windows were all closed. All the rooms surrounding the courtyard were warned. It was all ready. As the Forensic Science students walked out onto their crime scene the first thing they noticed was the smell.

“Sometimes you’re going to come up on a crime scene where someone’s been dead for two weeks,” science teacher Autumn Weber said. “They’re bloated and green and they have fly maggots coming out of their nose. If a student can’t handle that, they should definitely not be in the class.”

The students in Weber’s Forensics class started a project about human decomposition. They learned about what will happen to the human body after you die. The class set meat out into the courtyard beforehand to simulate a rotting corpse. They went out every day and studied the meat as it went through the different stages of decomposition. 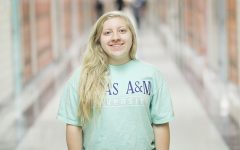 “We wanted to study some different conditions like when it was in the shade, out in the sun light, in a pool of water, and buried,” senior Sierra Allen said. “We studied the bugs that arrived and it got really bad about the 3rd day.”

Although the class saw many different things happen to the meat every day, students said they didn’t get to spend a lot of time with the project.

“Two weeks just wasn’t enough,” junior Hannah Causey said. “I wish we could have had a lot more time with the project.”

“We would analyze the insects activity so we can tell how long someone’s been dead based on what kind of insects are eating the meat,” Weber said. “We only had a week so we focused mainly on flies. We went and saw how they laid eggs, how the eggs hatched into maggots and the maggots would have eventually turned into adult flies.”

Weber said the students enjoyed getting involved in the project. She set up the whole crime scene, but the students went out every day and had to actually touch the maggots. They were very up close and personal with it, she said. 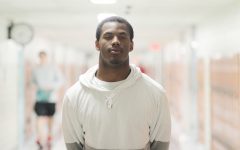 It was an interesting subject. You never know if you like dealing with crime and the technology they use in investigations.”

“You could smell it,” Allen said. “It was horrible, but it was a lot of fun.”

With the maggot experiment laid to rest, the class is looking forward to their next project.

“I like the psychology of serial killers so we’re going to go over profiling next week,” Weber said. “That’s my personal aspect that I like the best. It’s why someone committed the crime, and how we can tell who did it from what’s left of the crime scene.”

“In Forensics it’s important to do case studies, so every week we do a real life case, which includes serial killers,” Weber said. “I just want the students to enjoy Forensics and learn a lot from what I teach them.”